Another school and another cliché. It’s enough to make you turn around and walk away.

Three more reasons to turn a teacher’s stomach. When, just when, did schools stop being accidental places of learning and become artificially enhanced affirmations.

I became a teacher because I wanted to make a difference.

Back then, it wasn’t such an overused and underweight thing to say. I did want to make a difference, for the students I taught and for myself. There is not a day goes by without me thinking about the wasted opportunities that my own school afforded me. Indeed, it was because of my own abysmal failure as a young man that I found the need to return to the classroom in order to put things right; I also liked the holidays.

Growing up in the chill of the neo-arctic of the sixties and the flared years of the seventies exposed me to much more than frostbite. Infant schools and junior schools became oceans of optimism for those who were done with world wars, post-war rationing and elitist governments. By the end of the sixties even the West Riding, with its shoddy and mungo, was not able to hold back the twentieth century. While men were landing on the moon, we had our first taste of empire with a teacher arriving from Ghana to tell us about cocoa and the Volta Dam Project. A black man in a village where the only previous black faces belonged to colliers coming up from the pits. It was a closed community with more than its fare share of violence, domestic and communal.

Thornhill, as the village is called, was at the top of a hill overlooking Dewsbury. My village had the pits whereas Dewsbury had the mills and factories. We, the alumni of the parish, were destined for either one or the other. Everything we did was done with the implicit acceptance that we would probably grow up, find work, marry, have kids, have grand kids, retire and die there. So why oh why did they bring a black man all the way from Africa to teach us?

I don’t believe that this guy ever had a lesson plan. He never had to raise his voice. And was never the brunt of any blunt xenophobia. He was a teacher and we listened to him. And once his accent fitted into our ears, we learnt. We probably learnt about lots of things but uppermost in my memory was the work we did on cocoa production, chocolate making and the Volta Dam.  After over four and a half decades, that’s not a bad return for those few hours of instruction. How long do the children who we teach today retain their knowledge? How many lessons can survive the stride of time and be as effective as that?

The outcome of those lessons was far more enriching than mere facts and information. From my position of teaching in the first part of the twenty-first century, I look back to that teacher who had the courage to travel to such an industrial backwater, into a climate that could have not have been any more hostile, and a world that had still not fully appreciated that darkness was not a curse.

I think I owe a debt of gratitude to my junior school teachers who managed to teach me the attributes of respect and kindness. Most of our lessons were suffused with a Christian-Socialism. They were missionaries posted to the deepest reaches of West Yorkshire, their aim was to bring light. So, there was I at the start of this period of enlightenment. Although not all teachers were predisposed to the task of illumination (some were still cosily trapped in the remnants of the Victorian era that had stretched out until it was rudely interrupted by Hitler and the Second World War). Many of the new ones, however, were new to the role. Regardless of age, they had bought into the prevailing zeitgeist and were intent upon shaking up their social order.

With the Cold War whispering around us and the explosion of sirens in the middle of the night, many of us were aware that it was probably now or never. Any moment, we were sure, could bring about the end. I suppose that is why people were less shackled by tradition; when the bombs landed that would be that and the old world would be stuffed. The upshot was that we were taught to think, to question and to disagree. This was not instruction to a class of mutes but a long running debate or quest. These people, who were teaching us, also needed to find the answers.

Apart from the war and the proliferation of domestic violence, there were few things which bothered our world of play. School stretched before us like a never-ending quest. Mornings would see us shunted from sleep. Beds were covered with coats and old clothes to keep the cold out. Windows were playgrounds of ice whilst outside smog would gather in ambush. It was always cold in those days. It was cold and wet. My shoes were open soles and my feet became sodden on wet day walks to school and back. I had one pair of shoes for school and the same ones for playing out. When the holes became too big, I would stuff them with cardboard and then wrap my feet in plastic bags. Crunching and squelching were my daily companions. The truth of it was that almost every one that I knew was poor.  This made it easier as we knew no better. In those days, the classes did not meet very often unless it was in the line of work.

My mother was a cleaner for a mill owner’s wife and during holidays we were allowed to accompany her, as long as we stayed in the garden. The posh woman, Mrs Robinson, was probably kind. She went into the garage and brought out various things that her children had used and played with. There was a cricket bat and tennis balls, a badminton set and,, my favourite, a pair of rucksacks. I thought the rucksacks were really parachutes and ran around and around as if I was circling a number of enemy Messerschmitt. Mostly I would dacka dacka dak them out of the sky but on one or two occasions, they would get the better of me and I would have to bail out using my new parachute. It took me ages to reach the ground, floating on the thermals whilst attempting to avoid the underhand volleys of machine gun fire that came from a stray German pilot; without any trace of sportsmanship. It would always end in me hitting the lawn and rolling over theatrically before raising a fist of defiance towards the skies above.

It must have rained in that garden that stretched on forever but my memory was always of sunshine. It was a quintessential part of England with an exquisite lawn and edging, an exuberance of flowers and an excellence of fruit trees. I longed for a tree that could bare apples or pears. This was the essence of being rich, a reward for being born into the right strata, a constant reminder of one’s rightful privilege. So, it was not surprising that the grandchildren were as different to me and my sister as our African teacher was to us.

We were from different worlds and every pore of our beings screamed it. They had just come back from weeks in France. They were tanned in a golden way that I had never seen before and they spoke with such effortless ease of authority that I am amazed that they didn’t throw sticks for us to fetch. Nevertheless, they were not as condescending as they could have been. Both my sister and I recognised their status and clammed up a little when our rough accents bumped against their public-school enunciation.  It never occurred to me that something was wrong. While Mum worked as a cleaner in a house that was akin to a royal residence, we played in the garden like little animals that only needed exercise.

Mum accepted her role and even granted the privileged excuses for their towering superiority. “She is a lovely lady,” and “She speaks so proper, like the Queen.”  I have met many of my mum’s generation and class that allow their betters to remain unquestioned. There have been many who regard their granted advantages as something that is right, even ordained. For a number of decades, I identified with being working class. I was proud of my membership of this strangely elite club which gave me a reason to fight the system whilst also giving me an excuse for not beating it. I was destined to become a failure because of the fact that I had accepted that what the other classes represented was not worth having. 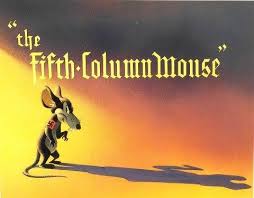 I got by as a non-participant, always making enough to keep afloat, always enjoying the clean hands of not really trying to fight it. It wasn’t until teaching came calling that I took up arms.

6 thoughts on “Onwards to Outstanding”