The problem, as Monty Python knew so very well, was that everybody had an inkling that something was coming. It’s the thing that you dread the most that refuses to materialise in the front of your mind.  It’s the Brussel sprout on your plate that just will never disappear no matter how many times you push it around your plate.

“And I spaketh thus as a lover of sprouts. Blessed be the sprout for it shall sit at the Christmas table regardless of any preconceived dispositions.”

We all know that New Year’s Day is a load of bollocks. New Years’s Eve is that last good pop at wassailing, wishing the best for the year to come, and making resolutions that will never be kept. But we do it anyway.

I thought I was ill yesterday. I really thought that I was unwell. I had all the symptoms; mainly lethargy. The wife disregarded my distressed state and forced me into attending a NYE bash at a neighbour’s house. They tend to throw these good New Year’s Eve parties that are attended by one and all, and the kids. They have experimented in COMDs (cocktails of mass destruction…the Russian Mule that my lady wife took so well to, last year, on the night before forgetting the previous thirty years of her life in an attempt to wipe away the post-nuclear hangover). This time, at the behest of lady wife, I dressed and attempted not to place too much of a brave face on the fact that I was being trafficked as a merry party-goer. I was gonna party Harty!

Reality saw me just getting moderately drunk. In a decent state to walk home, albeit the long way (two steps forward, four to the side, a stumble into any available hedges (they were walls as befits today’s insular society-and they hurt) and a fare thee well to any other users of the Queen’s causeways. I had been temperate.

So, back home with my missus and youngest daughter. The middle daughter had stayed at home with her best friend as she has an aversion to going into the public domain (daughter not friend). The next thing I didn’t know was that I was asleep. I only realised that I was asleep when I woke up to a commotion downstairs. This was followed by a bout of unseasonal language that did not include goodwill to all men.

The thing that had been hiding in the garage of my mind had become a reality.

My daughter’s boyfriend had been attacked. And the probable reason for that attack was the colour of his skin. Fortunately, he just got a glancing blow and was able to return the gift. He’s a public school boy so I hope he did not respect the Queensbury Rules.

Regardless of this, my eldest was apoplectic. She had become righteously and insanely moved beyond reason and she attempted to pursue the attacker. She was hindered by the intervention of the local police who chose to ignore the originator of the incident and then threatened my marvellously galant daughter with arrest. She didn’t take this too well. She called them racist and was almost arrested before her boyfriend calmed her down from 12 to 10 on the Richter scale.

So, it had happened. The bastard world had reared its ugly head to welcome in the New Year.

Time for a primate. 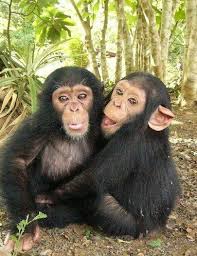 7 thoughts on “Nobody Expects The Spanish Inquisition…”