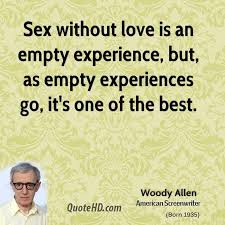 Relationship charity Relate is calling for people with a “crippling” addiction to sex to receive help on the NHS. Two sufferers speak about the impact it has had on their lives.

“At its worst, even having sex five times a day wasn’t enough.”

Mother-of-three Rebecca Barker said the compulsion took over her life in 2014 and ruined her relationship.

Rather than leading her to cheat, her addiction meant she was constantly asking her partner for sex.

“It was literally the first thing I thought about when I woke up, I just couldn’t get it off my mind,” said the 37-year-old, originally from Tadcaster in North Yorkshire.

“I felt like everything reminded me of it. I think it was linked to my depression and the lack of serotonin. I felt like my whole body was craving it.

“It was giving me the instant hit and five minutes later I wanted it again.

“I became a hermit, I stayed at home because I felt ashamed that it was all I could think about. Even though no-one could read my mind, it still felt very uncomfortable for me to be around other people.”

Ms Barker’s addiction eventually caused serious problems in her relationship. Though her partner enjoyed the attention at first, it became insurmountable for the couple.

“At first he was fine with it but towards the end he couldn’t understand it at all. After a few months he started to raise questions about why and where it was coming from.

“He accused me of having an affair – he thought I must have been feeling guilty about it and that’s why I wanted sex with him.”

In November 2014, Ms Barker “needed a break” from the relationship and went to stay with her mother.

“When I left, I told my partner I needed to get better. He let me go, then the relationship broke down very quickly after that.

“I was under the care of a psychiatrist at the time – she kept saying she would alter my medication but she never said there were any support groups or anything.”

Ms Barker had been diagnosed with depression in 2012 after the birth of her third child. She said it intensified during 2014 but she is now cured of both after splitting up with her partner, changing jobs and moving to France.

“I made many lifestyle changes in order to get over the depression and the addiction and for me that has worked,” she said.

‘I learned my husband was dead on a police computer’

Every penny earned so far goes on rent

The brothel operating ‘in full view of police’

Relate defines sexual addiction as any sexual activity that feels “out of control” and the World Health Organisation is expected to approve the inclusion of “compulsive sexual behaviour disorder” in its International Classification of Diseases (ICD) list in May 2019.

Graham, whose name has been changed to protect his identity, said his compulsion led him to cheat on his wife with “hundreds” of sex workers, leaving him with “rip-roaring guilt”.

“It was a horrible, gross experience – there is nothing sexy about it. When you wake up in the morning with a dose of chlamydia, it is not sexy.

“It is damaging and life-destroying.”

Graham, who is in his 60s, estimates he paid hundreds of pounds a month for sex over several years, even building relationships with some of the sex workers he saw.

“What started with one affair at work led to another – but unlike most office affairs which may stem from one partner being unhappily married, mine was an addiction which I had to feed each day.

“You have one affair and then you want another and another one.

“I soon realised that the quickest and most convenient way for me to feed my addiction was to pay for it. I would be seeing escorts, sex workers, three or four times per week.

“It is just like being an alcoholic, it’s a cycle that builds up in your mind – you feel a high from thinking about how it might happen and then you act it out in the way you planned.

“Then when it’s over you feel remorseful, you say you’re never going to do it again.”

Graham eventually stopped leading his “horrendous double life” when his wife found an email and confronted him.

He sought help from Sex Addicts Anonymous (SAA), which has 78 self-help groups around the UK, and said he has abstained from extra-marital sex for several years.

“When I was found out, I remember feeling ‘thank God – something might change’.

“I went to SAA which is an abstinence-based treatment. I call it going from shame to grace.

“It is such a relief to go to the meetings and find out there are other people who are just as miserable and sordid as you are.

“For people who are in this situation, I just want them to know that there is a way out and you can break the cycle.”

Thanks to the BBC for this…