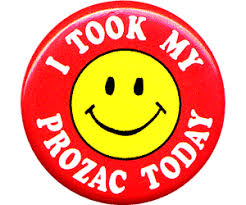 They had been with me for two years; sitting at the side of the bed, waiting for the moment when I stumbled out of sleep.

Their presence was comforting and, even though I was not experiencing the immediate cavalry-charge of relief from hostile attacks, I was grateful for them being close-by in this wild landscape where each wrong move could be rewarded with deadly consequences.

I had made the decision to go on without them a year ago, but after a couple of weeks it became obvious that I needed their companionship. Travelling through hostile territory alone is difficult and often dangerous. Yet, I had been there before and had survived, neigh, I had thrived. This time, however, was different; I was back to where it had all begun.

There were many old faces that greeted me. They knew me from the past when I was unafraid…