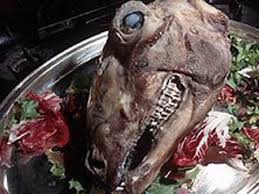 Anthony Bourdain
Big decisions had to be made and I was not the man to make them. I was waking up to another morning of completing a profoundly profound post and then moving into a contemplation of my life from that moment on. It was set to be a long day conversing with myself.

Before I started my arduous toil, a cup of coffee was needed. Coffee, unlike tea, is not a domesticated drink. It is a drink to be consumed in public, amongst others who share the same addiction. My favourite place to upload caffeine is a cycle themed cafe, Cafe Velo.

The coffee is sublime and there are cycle magazines in abundance. In the last week however, my choice of venue has received an unwanted complication. I visited another coffee shop, one that served amazing almond croissants as a morning freebie. It is unfortunately part of a chain, but I have been there.

I was in the midst of this internal dilemma when I saw myself in the mirror. My hair was wayward, suggesting that there was still some madness within. A shower was in order. Yesterday, I shaved and I had already completed any other toilet tasks earlier, so it was just a shower. The random mayhem of the night’s sojourn would soon be mended.

On my way into the bedroom, I noticed my phone sitting on the bedside table. As I went to uplug the charger, it lit up. The phone was on silent and it was not set to vibrate. There was a certain fortune about this as it would certainly have gone unheeded if I hadn’t noticed my lunatic follicles.

Unwanted phone calls have been plaguing my life recently. There are a number of companies who have my number. They hand it out to any trainee cold-caller who happens not to be able to get a job, and have declined the golden mitt of teaching, so call unknowns up to try to sell them things. There are tribes of these telephone tormentors in Glasgow, Manchester, and London. The ones from the Indian sub-continent, with spurious names such as Grant or Mitch, have fallen off the map of late. Anyway, I checked the number and recognised it to be local. It may have been that the tribes had invaded my region, but I sacrificed due caution for curiosity (the cat was safely out of doors at this point).

“Is that Mike, Mike Evans?”

“Could you possibly do a day’s supply work?”

“Yes. Where?” I was a little too enthusiastic for my own liking.”

“Could you do Darfield?”

“No, that’s one of the places I said that I would not do.” Darfield had been the place where my pot finally boiled over.

“Could you do Polaris?”

State controlled private schools seemed to be involved in a competition to have the most stupid of names. Polaris was a set of officially ‘Good’ academies. It did a half decent job of educating the offspring of an economically, and culturally, deprived area. I had spent almost six months there until the person I was covering for annoyingly reappeared.

“Yes, I’ll do it.” Again that overly enthusiastic tone.

“Good. Get there as soon as you can.”

I bounced in the shower, brushed my teeth, ironed a shirt, said goodbye to my bemused middle daughter (but wasn’t that the place you left on Monday?), patted the cat for good luck, took the car to the petrol station, bought a cheap sandwich and drove to the north star.

It was with a happy indifference that I walked into the reception to find that my details were still on the clocking-in system (data protection error) and received my lanyard, class lists, and temporary timetable.

It was with well acquainted irony that I discovered that my first class of the day was maths, but with a number of students who were collectively my least favourite. 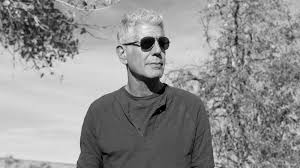 Life had become a smorgasbord of indifferent delights.

In memory of Anthony Bourdain

4 thoughts on “Food For Thoughts…”