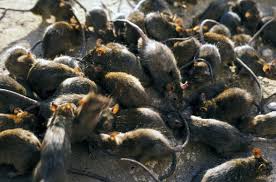 He knew that the advice he had given the two boys would be listened to.

They were good boys who had been unlucky to land in St Agnes.

Since their arrival though, the world that was the school had changed, changed utterly. Indeed, his own world had changed beyond any rational understanding. His evenings had been given over to his research, an endless task that had consumed his hours and thoughts.

The Black Death had also changed the world.

It had, in one fell swoop, unseated an acceptance of the eternal and had replaced it with an understanding of the life’s indifferent cruelty. The popular philosophy of ‘living for the now’, something he had always thought of as being a very twentieth century invention, had actually been created in those times when existence was not guaranteed. Death was an invisible caller, one who slipped into homes without invitation. Death, the unwanted guest at all their tables, would never disappoint. If there was a meaning to life, it was to be found in death.

Not for the first time in recent weeks, he found himself thinking about his son, his dead son.

Death had come for him and it had come early. That was not the way it was supposed to have been. He was supposed to have grown up, completed university, taken on a worthy profession, gotten married, had children and provided his father with the reason for living. Instead, death had had come along and feasted. It was called a drug overdose, even though he had no knowledge of his son ever taking drugs. Case closed.

Graham Hunter found himself thinking back to the evening when he had become lost in his quest for the NuNation site.  News of the site had filtered through the whispered conversations of the students at the school. It was a secret that wanted to be known, and needed to be seen. It was a dare, a deadly temptation, a place from which there was no going back. Under the noses of the entire teaching staff, the students helped to spread the word; like contagion.

What happened that night though had been no incarnation of his id. His search history took him from innocent sounding sites, games and the like, towards others that had not been so innocent. Handheld camera phones displayed a dreadful wealth of images: gang beatings, casual assaults, hit and run bag-snatches, after-school fights. Each one threw up options that satiated the the need to travel into the murkier world of the web.

He had, against his deepest beliefs, visited some terrorist-related pages that documented the martyrs as they exploded themselves in market places and bus stations. Other sites were showing true-life footage of executions and dismemberments. He watched, with a growing sense of horror, those broadcasts that had kept him from his bed and understood why now his sleep was broken by the shattered recollections of his visits. Perhaps this was his punishment for overstepping the mark. He had wandered, albeit with the best of intentions, into a world of evil and madness. He had stopped and dallied, had viewed and reviewed. He had, without knowing why, rattled the gates of Hell and had been invited in.

Now sitting before his monitor, a lonely figure in the darkness of the night, he trembled. What he had seen, the things that he had been party to, had left a stain upon his spirit. He had been lifted and bathed in the river known as Styx, the river that led to Heaven or to Hell. And the deadly sweetness still clung to him. He would have drowned beneath its cloying flow if he had not been dragged back by the screaming that was the phone.

“Work to be done,” he muttered to himself before pulling up the folder that contained his research and first drafts.

Just when mankind thinks it has beaten nature, a hand reaches out and pulls it back. The cracks in man’s armour become the gateways of invasion. This is what happened with the Black Death.

The fourteenth century saw the first cases of the Black Death. In the spring of 1348, a virulent strain of the plague landed on the shores of Italy unleashing a march of death that was unrelenting and unprecedented. In three short years, the disease had laid 25-50% of Europeans in their graves. Like the horsemen of the apocalypse, this plague rode in three. The most commonly known of the variants was bubonic plague which caused buboes and swellings that gave the tell-tale blackness which was to give its name to man’s scourge. This was the result of rat infestations, particularly the Black Rat, Rattus Rattus, which had made their way from Asia stowed away in cargo ships.

The teacher had thought long about mankind’s hatred for rats, how the very sight of them could cause revulsion and panic. This was being illustrated at the school where, since the summer holidays, there had been more and more rats’ nests discovered. The caretaker had been forced to call in a private company to hunt down the source of the infestation and remove it. Rats, as everybody had come to believe, were the harbingers of disease. When found, the only solution was the final one; eradication.

In the case of the Black Death, the bubonic variety, it had been the oriental rat flea which had migrated with its host towards a wider feeding ground. Yet, even the fleas could not be held wholly responsible as they too had been infected with what was the real cause of the pandemic.

A deadly bacterium, Yersina Pestis, had stowed away in its host in the same manner as the fleas had in theirs, and the rats had done within the cargo ships. It was a general piggy back to oblivion. At the end of a successful campaign, the humans died of the disease, the rats died of the disease, the fleas died once they had run out of hosts. Nevertheless, the rats got tagged as mankind’s eternal enemy. Unfortunately, Mr Hunter found it a little too difficult to feel sympathy for a creature which did, however, directly cause other diseases. A rat was a creature that throve upon the corrupt and the rotten. Its environment, the inner-city sewers left little room for other, kinder speculation.

Pneumonic plague gained a much lesser press yet was more deadly with its spread being limited only by the air. As an airborne infection, it decimated closely knit populations closing off the escapes before anybody knew of its existence. The life expectancy of its victims was one to two days.

The last strain of the plague was the one which relied upon a flea bite that allowed the bacteria to enter the bloodstream immediately, killing its victim in just a few short hours. This was the septicemic plague which was, indeed, a kiss of death.

It was the ferocity of the diseases that caused most panic as whole communities could become extinct virtually overnight. Many saw its visitation as divine retribution. Mankind was finally being punished for the crucifixion of an itinerant carpenter and teacher. God was not only great, but he was vengeful, collecting payment for a treachery that was hidden in the dreams of the unworthy.

Many, believing that the end of days was at hand, took to the remainder of their time on earth with an abandonment not seen since the fall of Rome. Drinking fuelled behaviour that would know no repercussions for the priests were dead or in hiding, and the same was true of any other authority. Even God Himself was probably no more, so there was no limit to the kinds of bestial behaviour that could be enjoyed.

Then finally, there were the pragmatists who followed lives midway between the two previous paths. Taking drink and food, as they saw fit and going about their business in a manner that still retained elements of normality. Yet these were definitely not normal times. For the most part, the poorer members of society suffered in silence. Receiving no care or attention, they remained in their houses, their deaths only detected through the cloying smell of their decaying bodies.

He wondered whether the citizens of Messina, Sicily, way back in 1347 ever realised, as the black rats ran from the first ships, that what they were seeing was the beginning of the end, the apocalypse.

He wondered about the rats at school and an unnerving thought scuttered within his mind.

Could death still travel so far without being detected?