Three in four Britons have been so stressed at least once over the last year that they have felt overwhelmed or unable to cope, according to the biggest survey into the impact of stress.

Stress can be so damaging to wellbeing that one in three people have been left feeling suicidal, and one in six have self-harmed as a direct result, the findings show. 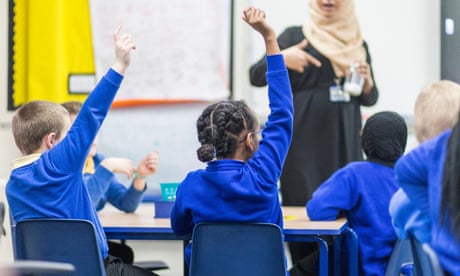 Paul Farmer, chief executive of the mental health charity Mind, said: “This survey shows just how severe the impact of stress can be on our lives, whether we have a mental health diagnosis or not. That a third of people have felt suicidal as a result of stress in the last year is staggering. More must be done to support people at the earliest possible stage so that stress does not spiral into an overwhelming and damaging situation.”

The survey results are significant because of the large number of participants – 4,619 adults – and the fact they were representative of the UK population as a whole.

Isabella Goldie, director of the Mental Health Foundation thinktank, which commissioned the research, said: “Millions of us around the UK are experiencing high levels of stress and it is damaging our health. Stress is one of the great public health challenges of our time but it is not being taken as seriously as physical health concerns.”

Women emerged as the worst affected. While 74% of adults said they had felt so stressed at some point during the last year that they were left overwhelmed or unable to cope, 81% of women said so compared to 67% of men.

Similarly, while 32% overall said stress had triggered suicidal feelings, 35% women compared to 29% of men reported that reaction. And while 16% of the participants had harmed themselves due to stress, 18% of women were likely to say that compared to 13% of men.

Young adults are the age group most vulnerable to stress. Overall, 83% of 18 to 24-year-olds said they had been left overwhelmed or unable to cope, more than the 74% average and far more than the prevalence among those aged 55 or over (65%). Similarly, above average numbers of young adults had felt suicidal (39%), or self-harmed (29%), because of stress.

“For many of us there are times when exposure to stressors becomes too frequent or too intense to deal with. If the stress response is activated repeatedly, or if it persists over time without recovery periods, the physiological effects result in cumulative wear and tear on the body,” the new report concludes.

It can also lead to anxiety, depression and relapses of schizophrenia. People living in poverty, social isolation, in minority communities, or those with long-term health problems are most likely to experience serious stress, the report says.

Having one or more long-term health conditions, such as cancer, diabetes or heart issues, is the biggest risk factor for stress. More than a third of respondents (36%) identified those conditions as stressors.

Work issues, including working outside normal hours, and a poor work-life balance, is the next commonest cause. In 2016 NHS staff alone took 15m days off due to stress, anxiety or depression. Money problems, especially debt, is also a key potential trigger for stress, according to 22% of respondents.

“Stress isn’t a mental illness in itself. But all mental health nurses know that we are all vulnerable to it and that if left unmanaged, stress can be a precursor to more serious health conditions,” said Catherine Gamble, the Royal College of Nursing’s professional lead for mental health.

A spokesman for the Department of Health and Social Care said: “Tackling stress through positive mental health support not only improves our lives as individuals, but makes good business sense. Failure to adequately support the workforce is costing our economy up to £99bn per year.

“In their roles as employers the civil service and the NHS are adopting new standards around mental health, as set out in the recent independent review into mental health in the workplace commissioned by the prime minister. This includes implementing mental health plans at work, developing awareness, and monitoring health and wellbeing.”