King James Bible
And you, be ye fruitful, and multiply; bring forth abundantly in the earth, and multiply therein.

We didn’t sleep well last night. I was awake and struggling to return to the earlier shallows of dreams. Sophie was awake. She knew that I was awake. I knew that she was awake, but we did not communicate. We were deep in thought.

A few hours earlier, she had asked me to drop this ‘mental illness thing’. I knew she meant business. This had followed on the back of some news I had imparted to her about the events of my day. ‘Events’ make me seem busy, occupied, in demand. However, it’s just a word.

Agencies? Begged me to do this new supply gig, begged. I said no. They phoned again and begged some more. I eventually said yes. I was originally booked into a Catholic school who had requested me. So that was given to somebody else. I told the other agency that I would be elsewhere next week so they cancelled my two remaining days. I went along to a second interview at a college on Tuesday. Spent half an hour there and lost a full day’s pay. They haven’t bothered getting back to me. The new school agency phoned me at 4pm, on Friday afternoon, to say that it had been cancelled for next week. I asked them if the other school was still on and they said they had given it to somebody else, but not to worry…because? Fuck, fucking nose

From a text to a friend.

It doesn’t take much imagination or empathy to understand my then state of mind. After telling my wife, she, too, fell into despair.

“We are going to lose the house!”

I thought about telling her that it was too big to lose, but thought otherwise.

“How much of your savings have you left?”

Voices were raised for the first time in almost a year. She told me that she was taking the girls to the cinema for the night. She needed to get out of the house. I accused her of abandoning me and she agreed. To add fuel to the fire, she told me that we would have to sell the house and that it, “would break her heart.” She was right and I was wrong; I know that now.

I am fifty-five years old. I have no recognisable source of income. I still have children to raise and a mortgage to pay. I need to decide what to do about it.

My best plan was to procrastinate. Yet I was there, at that moment when something had to be done. My dreams had been just that, empty thoughts drifting over a harsh landscape, hoping to find somewhere to lay down roots. I am writing now, still tired from the night’s non-sleep. My wife is hanging out washing and not communicating. Well, she is, but not in spoken terms.

The moment in The Italian Job when a plan is needed.

We never found out what happened to that bus and its hapless passengers. My hope was that somehow they would be able to pull the bullion back, rebalance the vehicle, and then escape through the from door with their hard-fought, but ill-gotten gains, intact. The law of gravity and probability would have told me otherwise.

The plan I have is to get out of teaching and into something that wants me and that I want. Writing is there, but that is part of the dream. It’s not yet real. Nobody pays to read it. I can learn to work with my hands which will involve an apprenticeship of sorts in North Wales. I need those skills and I need to be out of the false structures and regimes that have govern my recent life. I have a pension of sorts (and a pauper’s plot) so, I could take that now. I… 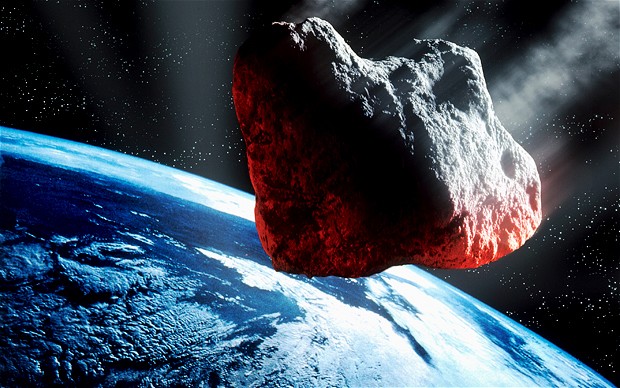 I could go forth and multiply my chances of doing something worthwhile; and keep my marriage.

It was Hamlet who struggled with indecision, forever wondering if he should act or not act. He even had a dead Dad who spoke to him every now and again. Perhaps what is happening to me is that I am slowly turning into a Shakespearean tragic character. That could be a question, an answer, or another prevarication. Who knows? It is said that those people who do not mobilise themselves in times of war tend to be the ones most likely to lose their lives. When outrageous fortune is flung against you, it is a wise decision to get out of its trajectory.

My hands have for many years been those of a wanna-be writer and poet, but they will now learn to work for their living. They will saw wood, mix concrete, and build fences. They will cut and callous and grow hard against the coming winter. They will grasp onto the very fibres of a life that needs to be pulled back into being. I have spent too long knocking at the door of education and will now move on. 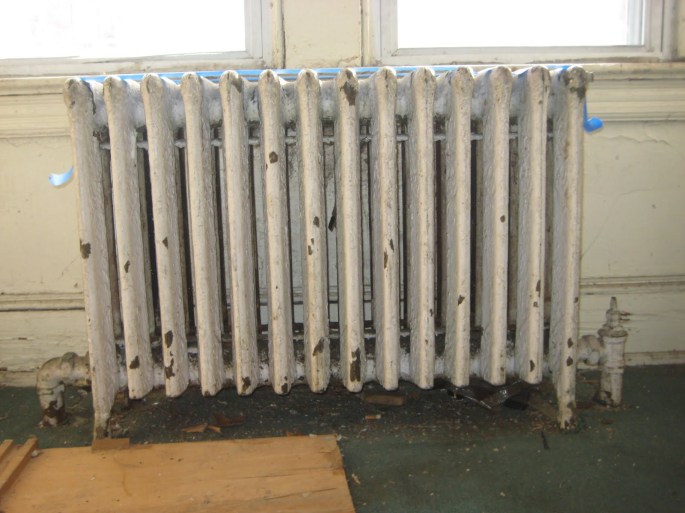 When we first moved into our then dilapidated home, we were met with radiators that were as useful as this. Like the rest of the house, they were old and obsolete, in need of replacement. We found out that it wasn’t the fault of the radiators but the fact the central-heating system predated the Ark and hadn’t worked since the great flood.

My friend told me recently that we are all destined to become radiators.

When we are young and dynamic, people notice us. When we get older (he thinks fifty is the critical age) we are not even noticed in a room.

But can they multiply?

3 thoughts on “Go Forth and Multiply”