When Cyclists Made Up an Entire Political Bloc

The League of American Wheelmen was originally intended to spread bicycle appreciation. The 1896 presidential election changed all that. 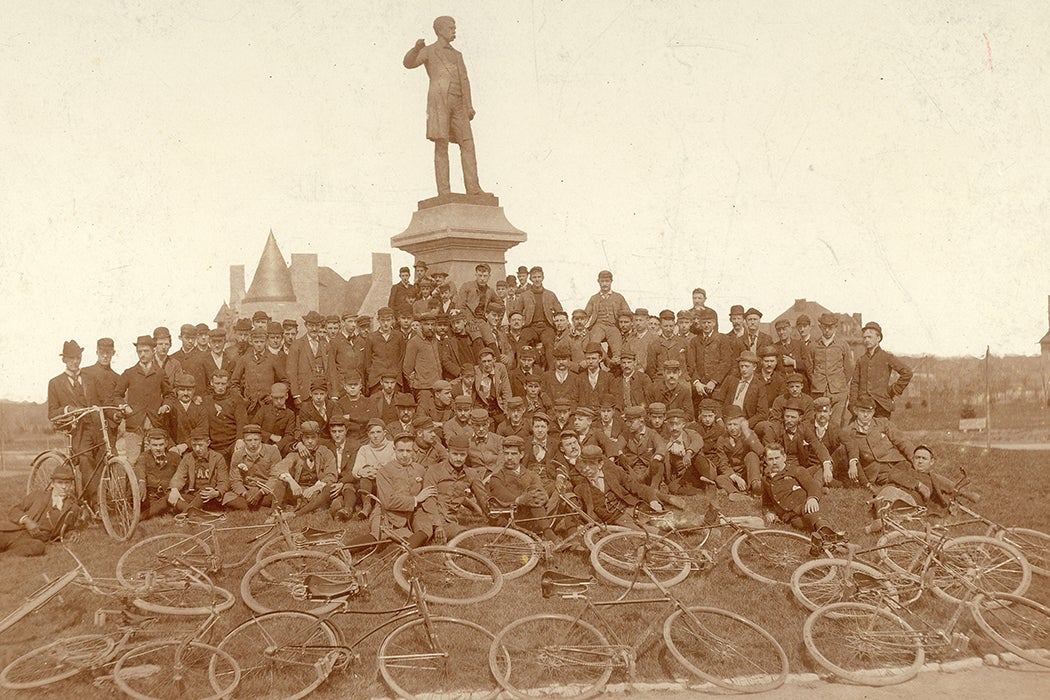 Today, a love of bicycles might imply an obsession with exercise or a hipster lifestyle, but back in the day wheels could tell you how someone was likely to vote. Historian Michael Taylor describes the nineteenth-century “bicycle bloc,” a political faction made up of men on bikes.

During the 1890s, bicycle ridership boomed in the United States. Thanks in part to tweaks in bicycle design, everyone seemed to be falling in love with bikes. Some worried that bicycles constituted a moral peril; most went ahead and coveted a two-wheeled conveyance anyway. But for one group of American men, cycling wasn’t just a fun pastime. Thanks to savvy wrangling by the Republican party, bicycles turned into a political statement.

Cyclists campaigned for Republicans by holding parades, handing out buttons, and giving speeches all over battleground states like Michigan and Ohio.

It made sense for the GOP to appeal to cyclists, Taylor notes. The Democrats had begun a whistle-stop tour the likes of which had never been seen before, and Republican strategists looking to elect William McKinley had to find a way to fight back. The GOP sought ways to address “the vast geographic expanse of the American interior, widespread economic and psychological depression, and not least of all, the Democratic candidate William Jennings Bryan.”

Republicans found a new strategy in an unexpected place. The League of American Wheelmen (LAW), a cycling organization founded in 1880, was originally intended to spread bicycle appreciation. In 1896 it had over 70,000 members. Members pressured politicians for bike-friendly laws, and the nonpartisan group quickly turned into what Taylor calls “a large body of swing voters who were willing to play a game of tit-for-tat.” LAW members were willing to trade their votes for pro-cycling laws, and soon they were being courted by members of both parties.