Just in case you missed it. 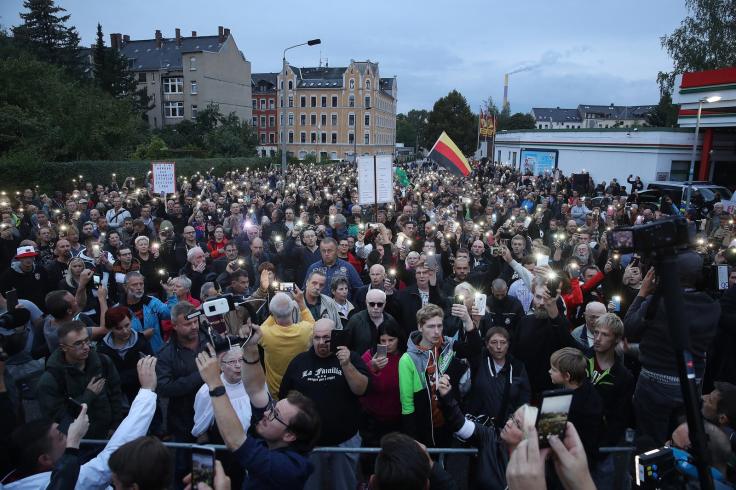 CHEMNITZ, Germany — It didn’t take long for the rumors to spread.

Just hours after a man was stabbed in a small east German city last weekend, thousands of people began sharing accounts on social media that he had been killed by immigrants involved in a rape attempt. Within no time, it was being said there were two dead. Pictures were shared of a group of women said to have been beaten by immigrants.

It didn’t matter that there was no attempted rape, or that much of the rest of these accounts wasn’t true. The anger soon transferred to the real world. Over the next few days, Chemnitz, a town of around 250,000 people in the state of Saxony, would become the center of anti-immigrant protests that produced shocking images of people raising Hitler salutes, and mobs chasing people through the streets.

This is all becoming a little too real now. We…