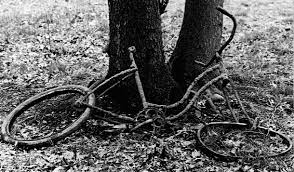 The problem with tragedy is that it never has a happy ending.

It starts with a bad decision, leads on to disgrace and downfall, scrapes you through a period of suffering that appears never likely to end before there is a realisation, ‘Fuck, that’s what I did wrong’ or, ‘Fuck, I still don’t know what I did wrong.’ Regardless of self-awareness or not, the tragic circle wants to play itself out.

You, if you be the tragic hero, have been brought low for a reason: hubris, peripeteia, anagnorisis, hamartia, or just the fact that the unknown gods are wanting to have a bit of fun with your oh-so-mortal concerns, once it happens, you are doomed.

And then you die.

Not fair, but then apart from democracy what did the Greeks ever do for fairness? As far as I can see, they spent their time in white sheets, bestriding the known world, creating stories that spoke of our eventual doom, admiring each others’ butts and keeping their wives in a state of servitude that made slavery look humanitarian. Deeply flawed themselves, the enlisted a guy called Aristotle to run out a series of rules that would govern the purity of tragedy. It wasn’t the Bee Gees but it did stay at number one for an awful long time.

So, Mr Morbid philosopher, why is it that you are so interested with me at this moment in time?

Reminders of tragedy surround me. I walk into a school or college and Macbeth springs out. Willy Loman makes a dramatic entrance or Tess Durbeyfield ambles along. And at the back of all this is me, the witless teacher who is being employed to stand in front of groups of young people and explain the importance of the tragic. Some deep irony, I am thinking.

Now, if what Aristotle says is to be believed, there is no way out for me; I’m as good as a gonna already. What’s the point?

The point is that I have to earn my right to be released into the dark embrace of an even darker infinity of complete darkness. Why struggle when the fisherman of fate has got you, hook, line and sinker, and he’s pulling you from the waters of Styx by your very own testicles. What a ball-ache? No wonder we are leaving the Common Agricultural Policy – it’s got Greek written all over it! Tragic.

So, back to me and my little problem with being trapped in the role of a tragic character.

I am not a hero, never wanted to be, not even when I had a Jesus complex. I have not committed any great error of judgement, unless one thinks that going into the teaching profession was significantly grave to determine that I should be staked out on the bare rock of Mount Olympus in order to have my eyes eaten out and my liver exhumed (only for it to be played out again at the next day’s matinee showing).

Yet here I am, standing at the foot of some great precipice, staring up at dark clouds that are threatening to dump their even darker load of shit upon me just for the sake of theatrical rules. It is simply not fair.

I am an ordinary man. I have had moments (usually sleep or drug induced) when I may have thought otherwise, but after much self-evaluation and expert analysis, I can sadly say that I am normal. So, why, why, why am I being employed as a plaything of the Gods?

And what makes it ever so galling is that these bloody gods are not my gods or anyone else’s gods as they have been bloody well dead for centuries. It’s like being stalked by a ghost of somebody who was, in life, and agnostic a non believer, a sceptic. You don’t bloody exist, this tragic wheel on which I have been tethered does not exist, these coincidences of literature that my students are studying do not exist in the way that a non-existent Fate would have them exist. But when I look at my arms, I realise that the reason that I can’t move them is that they are tied to some forever turning wheel that will not let me get off unless I completely check-out.

Reminder to self: what strategies can I use to get out of tragic proceedings?

8 thoughts on “Going nowhere on a tragic cycle…”