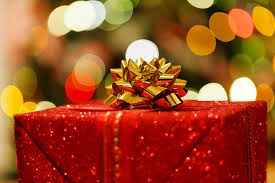 The next morning arrived. Grey clouds sat stubbornly overhead. Only a few of the castle’s defenders had slept, the rest had endured an uneasy journey from the previous day. Without much talk, people breakfasted and went to their positions. It would happen on this day, they were sure.

By mid afternoon, an uneasy hush had swept across the castle and its grounds. A faint humming rolled towards them. Those on watch, girded themselves for whatever new plague would emerge. It was growing in volume, rolling like drums from beyond the grounds.

At exactly two fifty-seven, and Chris would remember this moment for the rest of his life, the drums stopped. Seconds later, a stag stepped out of cover and nervously sniffed the air. It picked up the smell of humans coming from the stones to its left, but chose to move towards them. Taking two tentative steps onto the  melting snow, it waited again, then broke into a gallop.

From behind it came the gathering storm of hooves, each now in full flow. Wave upon wave raced across the lawns and then down the precipice and with practiced ease, raced down paths that no human could have followed. Then they were gone, a swathe of trodden slush the only sign that they had been there at all. Nature was in full flight before the Piper’s creatures.

At seven minutes past three, the giant showed itself.

A small group of them had gathered in the muniment tower to watch the gathering of the Leathers.

“He doesn’t look human,” she added.

“Technically he’s not, Lucy,” Mr. Dale took the opportunity of speaking, his rational tones playing against any panic that may have surfaced. “It’s like a mummy. From the look of what he is wearing,” they could see from there that he was dressed in an old cloth draped over his torso, “he was a member of a monastic order, probably a penitent. I would say that he ceased being human a number of centuries ago.”

“Whatever it is, it is certainly scary,” murmured Judith.

“That would be The Piper’s intention. Battles can be won before they are fought. It is fear that destroys armies and makes them run. Remember that the Piper is the heir of Pan and Pan caused panic in his victims before he struck.”

The news of the giant monk spread quickly. Panic had been intended and its seeds were sown.

Amongst the audience was one Craig Dawkins, a young man who was well aware of what the monk was. Unlike the others, he felt a surge of enthusiasm. At last, he had the means to escape and get some very valuable cargo back to Flowers. He sat on the end of his bed and wondered just what would be given to him if he were to help capture the Andrews’ clan. His first step was make his escape, a thing easier thought than done in this place of heightened tension.

Since the events in the forest, his head had cleared. Dawkins was a rationalist. Whatever happened there had died there. He could not help them and wouldn’t wish to. One for one and one for onemeant putting yourself first. He had always been a survivor. As such, he recognised no bonds of loyalty, friendship or love, he was an island that only traded with others. On his own, he had to think and act quickly. The first problem that he had to solve was how to get out of his locked room.

Now he watched the leathers from his window, their dark forms filling him with certainty. Soon, he would be free. He listened to the confusion around him, the nervous voices, hurried feet, and the unmistakable hiss of panic. His secret smile was there again, the last time he had worn it was when his marksmanship had brought down the boy who had failed him. His contentment was twofold, first there were the Leathers who had been sent to save him and then there was his own deception, a masterstroke. They had fallen for it, had carried him childlike from the car, had tucked him up and cared for him. Now they would rue their kindness and he would ensure that. Outside the room came footsteps.

In all the confusion, they had almost forgotten about Dawkins. They had kept his room locked ‘just in case’, but visited him regularly with food and water. His normal carer was Mrs. Sanderson, the woman who had done so much to care for the children when they first fled the city. Now, the present crisis had taken her off with the other children again and nobody had spared a thought for their guest apart from Lucy.

She was sweeping the corridors and rooms making sure that nobody was left behind. Many of the small children read the signs immediately and the memories of the past came back. Mr. Dale and Mrs. Sanderson had collected them together and calmed them. After moving to the muniment room, a headcount revealed that at least one child was missing. Lucy volunteered to check the rooms.

Whilst Dawkins listened with his ear to the oak door, Lucy’s voice was entering rooms and enquiring if there was anybody there. Her progress brought her closer and Dawkins clasped the metal fork he had been fed with. As her steps moved towards him, he folded back against the stone wall just as the handle began to turn.

Lucy was a little puzzled. This door was locked. She searched for the answer before noticing the key that rested on the top of a small cabinet. She picked it up, inserted it into the heavy mechanism and turned it. When she pushed open the door, she found an empty room awaited her.

“Why lock it?” she asked herself.

Two steps in and she had the answer.

When Dawkins saw that it was a girl who had entered his trap, he was both surprised and delighted. She would be easy to take down. He watched her careful steps, allowing her the access that a spider would give to a fly. His instinct was to strike, to bring pain and blood, to watch with amused interest, but he knew that she would be more useful as a hostage. His silent steps, unfettered by shoes gave him the advantage he required. With her back to him, she presented an easy prey.

As the mechanisms of Lucy’s mind were falling into place, Lucy simultaneously felt the cold touch of metal upon her exposed throat and heard the chilling words,

“If you move or scream or do anything that I don’t like, I’ll ram this fork as far into your throat as I can. It will hurt like hell. Do you understand?”

“Now you are going to show me how to get out of here without anybody seeing us. Move.”