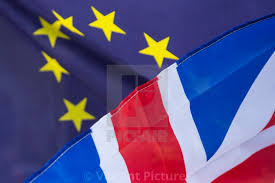 We are on the eve of the government triggering Brexit. Oh, how much fun can that be?

Here’s me trying to make connections with unseen readers, phantoms of my mind. The world is being torn apart and I’m building either an illusionary one or one that is founded on delusion. It could be that nobody will ever read my wanderings. Now, I am a reasonable human-being who understands that the world has stopped revolving around his belly button. It never did revolve around it and it never will.

My existentialism is playing tricks with my head. Thoughts of who I am and where I belong are nonsensical. I am here and now, here and now, there and then. The moment I stop to think about it, I move on and so does the world. It’s a good job that the world keeps turning otherwise we all might fall off.

One of the things that I particularly disliked when I was a young boy was falling off my bike, something that happened way too frequently for my own or my parents’ comfort of mind.

I have left more skin on the road than the council has left tarmac. Accidents just happened, but to me they happened more than once. There was a time that I spent a whole year recovering from an accident that had deprived me of facial skin. I was in the Tour de France, or my neighbourhood’s equivalent, and I was involved in a sprint finish. To be truthful I was the only one in the race, but that didn’t stop me from putting on that final spurt to the line. Unfortunately, this was a pre-racing bike and, therefore, pre-cleats.

Just as the crowd was getting to their feet to welcome me back along the Champs Elyse, my foot flew off the pedal and went straight into the front wheel, entangling itself at speed and creating a catapult effect. My face flipped over the handlebars and met the warm surface of the road. The road saw this as an opportunity to share some skin, mine, and it gleefully took it.

One moment I was that daft lad who thought he was Eddy Merckx and the next I was a vision from a leather manufacturing instructional manual. All of this should have told me that I wasn’t meant to be stable.

Perhaps we are heading for a similar crash; head over heels in love with our own lies.