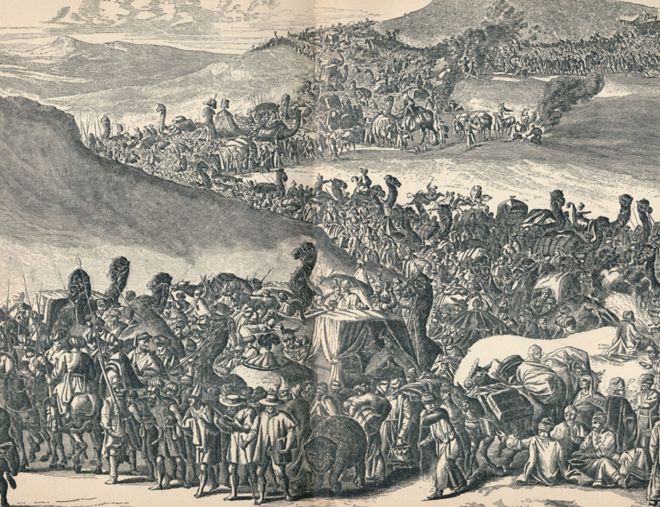 I cannot imagine immense wealth and while we talk in millions some of the truly rich use billions or trillions. Whilst I look at my pension thimble, these guys literally own the earth. And one name came out at me from history, Mansa Musa.

Although the non-tax paying Amazon founder Jeff Bezos is the richest man in the world, the wealthiest man in modern history, he is nothing compared to the alliteratively named, Mansa Musa.

Mansa Musa, the 14th Century West African ruler who was so rich his generous handouts wrecked an entire country’s economy, is the big daddy of the coin.

“Contemporary accounts of Musa’s wealth are so breathless that it’s almost impossible to get a sense of just how wealthy and powerful he truly was,” Rudolph Butch Ware, associate professor of history at the University of California, told the BBC.

Mansa Musa was “richer than anyone could describe”, Jacob Davidson wrote about the African king for Money.com in 2015.

In 2012, US website Celebrity Net Worth estimated his wealth at $400bn, but economic historians agree that his wealth is impossible to pin down to a number.

And here s the list of the all-time other Levianthan Leeches: