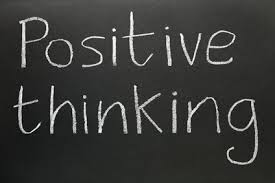 How to Win Friends and Influence Peoplelanded on my desk one day accompanied by a knowing smile. My snort of derision soon chased off my would-be benefactor’s sunny disposition, but I took the tome in the way that it was intended. I still have it on my bookcase even though not one page of it has ever been read.

I’m looking at some old photographs of him as I write and am reminded of a guiding Ghandi of the Anglo-American world. If I had have dipped into his pragmatic philosophies I would have gleaned such gems as, “If you want to be enthusiastic, act enthusiastic” or, “The essence of all art is to have pleasure in giving pleasure.”

This is a man who knows the essential self-serving nature of individuals and how to harness that for one’s own advantage. But I would take him to task on the nature of art as I believe that art brings illumination through pain rather than pleasure; take Fifty Shades of Greyfor example.

His optimistic glass-half-full metaphors even take his followers into the realms of soft drink manufacturing, “When fate hands you a lemon, make lemonade” or “When you find cocaine in your glove compartment, make Coca-Cola.” That last one was mine rather than his. Having said that, he does have some good horse-sense in what he sold,

“One of the most tragic things I know about human nature is that all of us tend to put off living.”

3 thoughts on “When To Start Living”