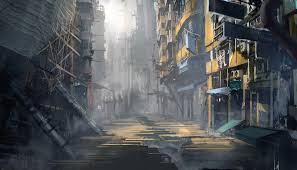 We always knew that school was important, the mechanical testing of our understanding, the rigid adherence to rules of behaviour. We knew that to not do well in school meant…well it meant that you didn’t do well in life. No second chances, no retakes. You have one go at getting it right, that was all.

Pre-exam nerves came in all shapes and sizes. Some kids would just bottle it. They became nervous wrecks incapable of speaking, walking or even running. They were the easy targets, easy pickings if you like. Others were a little more proactive. Some of them would go AWOL (Absent With Out Learning). These were the ones the truancy teams spent their time on. The TTs would go to any length to make sure that all truants were captured and dealt with. Hardly anybody escaped their investigations and no family went unpunished.

Then there’s the likes of me, a proper SSWOTT (Sensible, studious, wise, organised and totally trained). I was every teacher’s dream, every parent’s wish. What they didn’t know was that I would find out. I would find out almost everything about what they were doing. And I would, one day, stop it.

“Where the hell is my ID tag?”

ID tags were compulsory and had been for the best part of forty years. They had been brought in to make life easier. They were digitalized and contained all the information anyone would ever wish to know about you. They were used as currency, to pay bills, to lock the house or even to start the car. At this moment in time, their ID tag could do none of these things because it had been misplaced. Mum was panicking.

“Sorry, Mum,” I shrugged my shoulders to emphasize my lack of knowledge as to its whereabouts.

“Has your father moved it?”

The question itself was pitched somewhere into the realms of improbability as Dad had been dead for the best part of five years. They said it had been a rare form of cancer, ‘one of the ones we haven’t been able to track down yet,’ the doctor had intoned. So being dead should have meant that he wasn’t able to move things about. He wasn’t a ghost after all, was he? Well yes he was, sort of.

The ID tag had a lot of uses and one of them was that, if you had enough credits, you could bring back a loved one and incorporate them into a household electronic device that captured the essence of their earthly character. Dad was now a roBOT, about three feet in size, multifunctional, equipped with the ability to handle screw drivers, garden implements and having the knowledge to unblock sinks and drains without so much as a mutter.

Before she had been able to completely round off the last syllable, Dad appeared at the door of the kitchen.

They had done a good job with digital Dad. It had the facial image and a voice that was a very passable facsimile of his. It was the kind of voice that ought to have been spot on, but that was reckoning without that hint of sadness that all saved-soul devices had. Each time I heard its pretence, I hated it just a little more.

“I have moved no keys, no ID and no bloody ID. Is there something you wish me to do?”

“Well, look for them won’t you. Be useful for once.”

She stifled a scream as she shot a look of hatred at the device that was Dad.

I waited there for a while. She never turned around, but something told me that she was crying.

“I think you’d better go before it’s too late. You can’t blot your record now, not when you’re so near to the end of it all.”

I watched her shoulders tremble and wanted to put an arm around her, but that was something I had never done since my older brother ran away from home some years ago.

“Just go, before you get into trouble. Go!”

I didn’t take much more encouraging. If I was late for school, God knows what would happen.