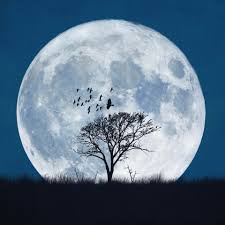 Subject A woke up in the middle of darkness and felt for the glass of water at the side of his bed. He found it just as his fingers decided to add some urgency to their search. The resulting action was a slow, slow-motion tipping of the glass and its contents off the bedside table and onto the floor.

His wife stirred beside him, but did not wake.

“Shit, shit, ducky shit,” he muttered to himself. But the spilt milk, or water on this occasion, was the least of his worries.

Subject A felt the dryness of his mouth and tongue. He struggled under the pounding in his head. And he felt the sure and powerful flood of his vital blood coarse through his veins.

It was Fryday and the wolf was returning.

Keeping himself together, he eased out of bed. He left behind a fresh layer of hair on the sheets which he would have to blame on the cat later. The cat was sleeping in another room. She would know that he was moving about, but she would also know that it was wise not to investigate.

Subject A descended the stairs and walked to the door.

With all the stealth he could muster, he undid the locks and eased it open before stepping outside. He always found this last procedure to be better and quieter than merely stepping through the door.

Outside, he breathed deeply beneath the cold, full-moon that gazed lovingly down at him.

IN MOMENTS, HE WAS OFF AND RUNNING TOWARDS THE OPEN COMMON-GROUND WHERE HE HOPED TO FIND SOME RABBITS, A PIECE OF VIRGIN GROUND TO CRAP UPON, AND A TREE TO RUB HIS SCENT OVER BEFORE HE ANOINTED IT WITH HIS BURSTING BLADDER.