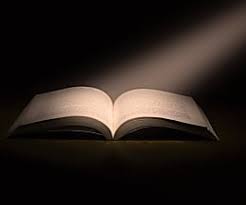 Apart from being me, writing is the most difficult thing that I have ever attempted. Here, in the middle of the sleeping hours, I find myself sitting amongst the washed-up thoughts of a summer that has all-but receded. There is a certainty that I will fail. Even now, I can’t write two words in a row without misspelling one. The old dread is returning and it is laying down its confirmation of my unique failure. A failure that was there from the beginning, and one that will accompany me to the end. Nevertheless, in the interest of mental hygiene, here’s anothe extract from Read After Burnout. com:

The last fifteen years of teaching English has seen the subject drop down the favourites’ list of staff and students alike. Novels have become novellas, quick reads that are more than often done as film to save time. The key characters and events are studied and revised for the sole purpose of passing an examination. There is no more opening of astounded eyes, flickering of emergent understanding and empathy, or life changing lines. The reason why we read is not to help to form better human beings but to get better examination results that fuel the judgements that we have about schools, teachers and the educational system itself. Why bother loving literature when all you need to do is pass it?

Penelope Lively’s Darkness is a seminal piece that acts as fairy tale and rites of passage. It is a short story that stays with you and I have brought it out for students to enjoy on many occasions. It has the timeless trick of sticking in the mind’s eye and resonating as much with young readers today as it did many years ago.

The central character is an old woman hidden away on the wrong side of a haunted wood, hiding a secret that is so rank with moral corruption that it clings to the young protagonists and its readers forever and a day. I read the lines once again and was not surprised that the class was being reeled in.

Little by little the writer’s spell was working. The class, that had been apathetic at best a week earlier, was now listening. I was firing questions out and hands were being waved for an opportunity to reply. I don’t normally go with the hands-up thing instead preferring to select those students who would have avoided detection. This time, however, I went with the tide of my good fortune and found myself becoming lost in a warm enthusiasm for that moment. I was the teacher that I used to be and it was good to rediscover him.

Let nobody get me wrong and think that my redemption was somehow complete through this episode; my time in teaching is coming to an end and the time is right for that. But books continue to hold me and to provide hope for the future.