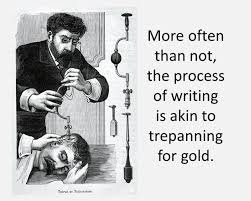 Everything was going well with Adam becoming a star student. That was until The Finals started to appear on the horizon and his grades inexplicably fell away. Failure was not an option yet it did not seem easily avoided. And why was the most desperately sad specimen in the academy suddenly beginning to communicate with him?

Being Absent Without Learning was sometimes the only escape from the draconian justice that was meted out by The Citadel. Adam found himself with an impossible choice: stay and risk failure, or run for the safety of the world of water outside of the walls.

He chose to run… and they came after him.

And girls. Just what were they?