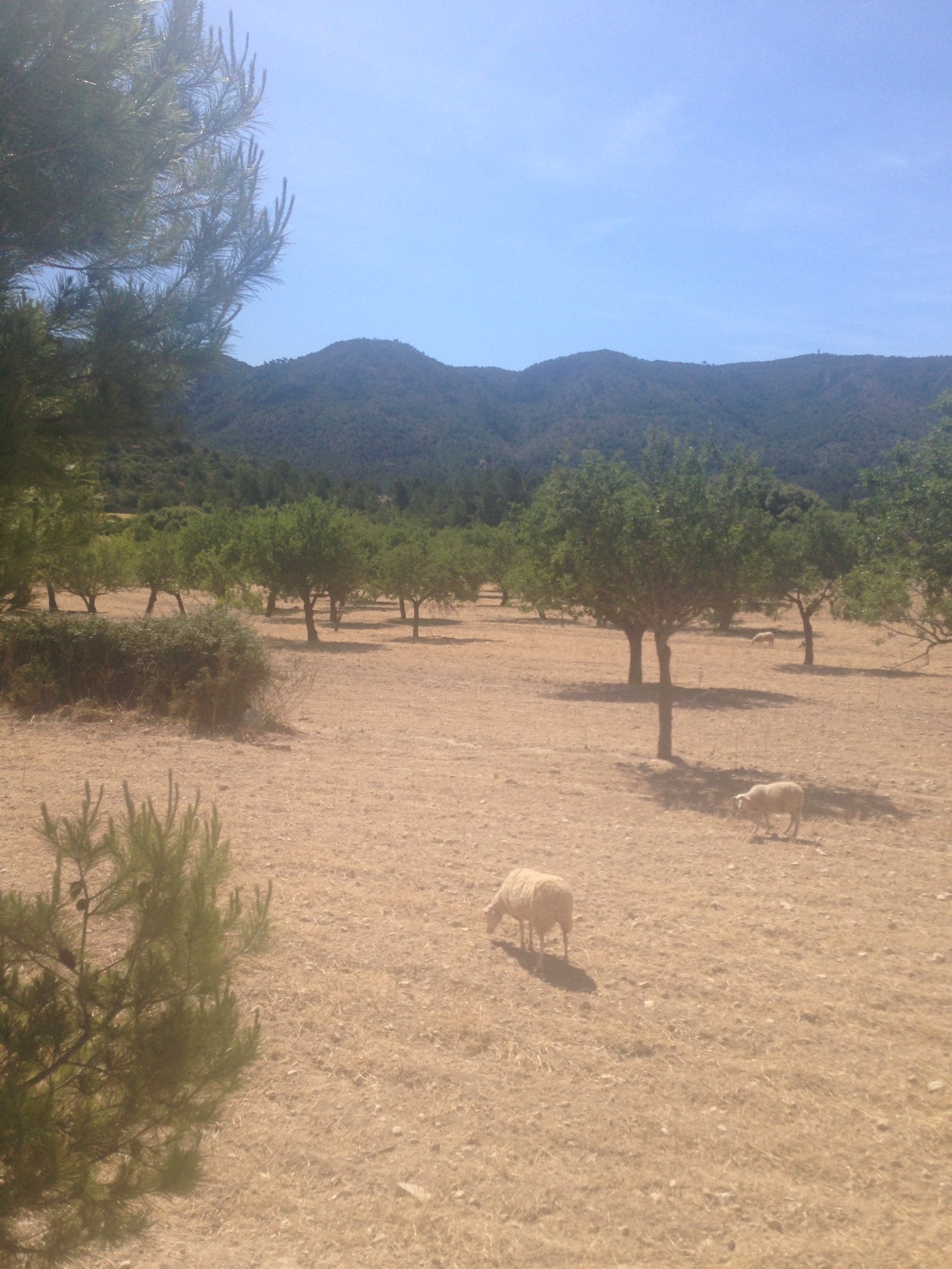 Like Christopher, Peter woke to sunshine with only a scant memory of what had taken place.

He was aware of a type of heat that he had not encountered before. It was strong and dry and the air about him was strewn with rays catching the dust paths of naked earth.

Peter was lying on a straw mat that felt surprisingly comfortable as if he had always been used to it. Somewhere, at the back of his mind, played a dream that he was aware of having had on a number of occasions. He had been in a dark place. It had been dark and cold and there had been hunters. There was a memory of fire and a shiver ran down his back when he thought of this. Peter quickly put this to the back of his mind and tried to bury it so that it would not disturb the rest of his day. He was starting to make a move back to sleep when a voice called out from beyond the bare room he was in.

“Petras, Petras. Are you awake boy? Get up we have work to do.”

Peter recognised the voice of his father and knew that he must now arise. Climbing out of his bed, he stretched himself even further awake and walked out into the main living area. His father, the village’s main herdsman was standing in a block of sunshine by the open door.

“Petras,” he said hearing the familiar sounds of his son’s footsteps behind him, “we have a long day today. The flock is high up in the mountains and we need to move them to safer ground. There is talk of wolves.”

There was a tone in his father’s voice that alerted him to a creature that was more dangerous than the mere predator which was a wolf. Other boys in the village had been enraptured with the rumour of a pack of warriors that were ravaging the land and using humans as their prey. According to the tale, these pagans worshipped a strange god that invited their brutality if the hunt didn’t go to plan. The boys were thrilled by the possibility that their village could lie in the path of such a clan. Like all boys, they wanted to become men and this would mean that they would fight alongside the elders in defence of all that was theirs.

As Peter stared in admiration at his father, another voice joined the day.

“Demitrus, is it wise to take the boy? He is still so young and will be of little use if there is trouble.”

This was the voice of his mother, Syrinx.

Peter stared at her for a moment in disbelief. How could she have said such a thing? He was old enough to help his father and was certainly not afraid of wolves or even pagan warriors for that fact. It was his right to stand beside his father and defend the herd.

“Mother,” said Peter in a voice that surprised him. “I am a member of this family and village and I am old enough to give my help when it is needed.”

“That is a boy who will be something one day,” his father said with a flourish of pride.

“If we take care that he reaches that day,” his mother added with concern.

“We will go with others so that we give each other protection. Our dogs will tell us if anything comes.”

They had been walking all day and, although getting higher, the heat of the sun continued to stalk their steps. Peter reached for his waterskin and drank some more.

“Be careful Petras, the sun will continue to shine but your water will run out. We have yet much work to do.”

The goats that had been found had fallen into a muddled line in front of them. The herd dogs were watchful and would chase after any that meandered away from their intended course. The other villagers had gone ahead to find members of their own herds and so Petras and his father were now alone on the mountainside.

Although his father was not one for much talk, Petras enjoyed the time spent with him. His father was a good man and worked hard for the family and the village. If the community had a leader, it would be him. The young boy looked toward him and was proud. The leather-brown skin, gained through years of toil on the mountain, held sinewy muscles that were as taut as bowstrings and as powerful as a bear’s. When Petras grew up, he wanted to be like his father and wished to marry a woman just like his mother. In the afternoon sun, life appeared to be predetermined for him.

Up ahead, the herd dogs had stopped. They were encircling a patch of ground that was free on the wild rosemary bushes that covered the area. They were sniffing the air in a manner that suggested they had found something of interest, but were keeping a distance between them and the thing that had drawn their attention. Petras looked toward his father and noticed a frown running across his forehead. If he had not known his father so well, he might have thought that he was undergoing a moment’s apprehension.

The order was sharp and commanding. The boy watched as the father covered the ground between him and the dogs. Once he reached there, he knelt down for a long while looking into the same space that was now the focus of all of their time. Petras noticed that he was saying something and that he was forming his hands into the same shape he would make if he were talking to their gods. The breeze had changed direction and carried with it the briefest scent of a something that had been burnt. The boy sat down on a rock and was entranced. Some time later, his father returned.

“What was it Father?”

His father did not answer at first. He seemed to be collecting his thoughts.

“Hunters,” he mumbled. “Hunters have been here and they had made a kill. They made a meal on that ground over there.”

“What about the rest of the herd Father? Should we not collect them too?”

For the first time in his life, the boy felt his father’s anger as he came down to eye level.

“We forget the herd boy and we make for home. There is something in these mountains that is feasting. No more talking from now on. Do you understand? We leave the goats and return.”

Petras nodded, shaken by this outburst. Whatever his father had seen had changed their course of action. He heard fear in his voice and that had transferred itself to him. He had also, or so he thought, been touched by the thoughts that were inside his father’s head. He saw a fresh memory of the thing that his father had seen. What he saw was a darkened patch of ground with the dying embers of a fire and in the middle of the fire he had seen a skull of a creature that was not goat. His father had recognised it immediately.

It was the charred remains of a human skull.