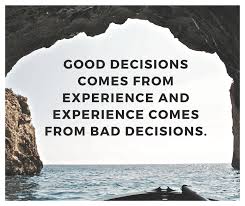 I took me a long time to get home from work yesterday. The torrential rain had turned streams into surges and roads into rivers. I decided to change my return journey routine to avoid the worst of it. The navigation system in the car plays games and I don’t trust any more. So I set off, believing that my personal sat/nav would get me there. It did.

The regular journey time of just over an hour and a half went out ot just a little short of three hours. My decision had been wrong. I reached a stage, on the outskirts of a city, when traffic was so piled up that it was impossible to move forwards, backwards, or sideways. I sat looking at the faces of other drivers, who were trapped in the opposite lanes, and found some consolation in sharing my pain. But what could I do about it?

The week had started badly. I had not slept right. One night I had barely slept at all. My mind seemed to be trapped in an old metal bucket, the empty space of its inner cell completely indifferent to anything on the exterior. I did that ‘how did I get here’ question. It was a little more emphasised through internal dialogue. I had reached the end-point in my journey. The point of no return. The point when excuses no longer cut the mustard. I had taken a wrong turn, having never listened to any navigational advice from others who seemed to still be heading in the right direction. I would be on this road forever.

During the course of the day, I attempted to hide my mood. To do so, successfully, I had to limit my conversations. I had learnt, through previous experiences, that people don’t like Jeremiahs. At the very least, I had learnt. I had also learnt that wearing an ego as a badge was neither good for me nor for others. My Apple seems to understand this; it has a loose key – the letter ‘I’ drops into ‘i’ if not fully corrected. Keeping quiet, not talking about thoughts or feelings, is a strategy that I have been using for the last year. It keeps me safe by not allowing others into my area of concern before I have been able to fully think through what i am thinking. The little ‘i’ just dropped in there, as if by magic.

The point of this is that I did make a wrong move and it did cost me time. It did cause me some consternation and it helped for me to see others experiencing the same. Making mistakes is perhaps more normal than we would like to think and sometimes making the mistake more than once just helps the lesson sink in. I have learnt.

Oh, and I did get home safely.

And I had a smile on my face.

And my chosen course, as a writer, will still continue, even though my destinations may change.