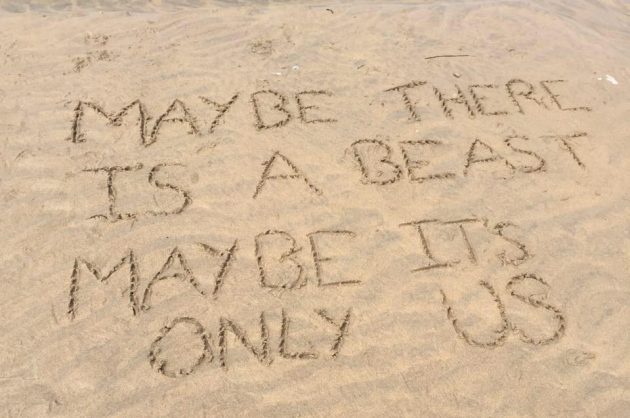 He looked at the other briefly.

For a moment he had a returning image of what his home had once been. The fields and beaches had been full of strange promise. But now the island sat scorched and dead. People whom he had known were now dead, their graves sitting atop the rise with the view into endless seas. That was when the tears began to flow. They came in huge sobs, eruptions making their way to the surface. He let them have their course and his entire body shuddered beneath their power. The island continued to burn.

The small group was caught in the blackness of the morning. They had lived a life of savagery that was born of hope. Survival had been their only quest. They were forced to fight the elements: sea, wind, rain, wild creatures. In the end it was themselves that they had to face. Each individual had been involved in a life and death embrace until the danse macabre reached its final steps. The survivors understood that it was not their ingenuity or prowess that saved them; it was luck.