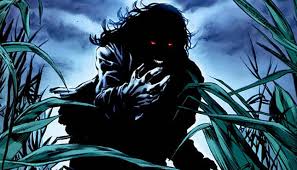 I have just finished reading The Stand by Stephen King. It is probably my seventh reading of this wonderful novel. It’s like a comfort read. Apart from my admiration of King as a writer, I particularly like The Stand as a stand-alone piece. It’s the mixture of biblical, sociological and psychological issues that have kept me coming back for more. The book has become a resident of my personal psyche and has persuaded me to write. That’s not bad for a big block of popular literature.

King divides opinions in the literary world with Harold Bloom decrying his efforts and suggesting that he can’t even put a sentence together. With this in mind, I read The Stand from a different standpoint. The book seems to be continually relevant as a take on mankind and its choice of politics. With the rise of the hard right, the unashamed hatred of all things liberal, and the pushing back of the enlightenment of the last three centuries, I launched into it to see if things had changed on yet another reading. What had changed was me.

My certainties have always been grounded in what I thought were the incontravertibles of all mankind and they seemed to suggest that we are essentially decent and will choose to do the right thing. That’s a liberal education for you. A realist would point to the fact that it is perhaps more likely that innate selfishness would always out and that, in a world of dog eat dog, the biggest mut always wins. In The Stand, the big bow-wow is Randal Flagg and he seems to hold all the cards. In the world of realist politics, the Flaggs rule because they are more powerful and scarier than the rest. All we have to do to put the Flaggs in place is to give them a platform and people will come. But The Stand is an idealistic text that rests on the hope that there is something that will even up the contest in favour of those little people like you and I.

In the end a stray A-bomb is accidentally detonated, wiping out the baddies, but not Flagg. Flagg disappears from the scene of the crime only to reappear amongst some less advanced humans some place else. At the moment, Falggs are going up all around the world and lots of us are flocking to them. They provide answers, ones that were always there without us daring to admit it. The answers revolve around the belief that nature is red in tooth and claw and that the snowflakes ought to man-up and shut up. In the face of all this, even Captain Trips seemed to be a lesser of the two evils.