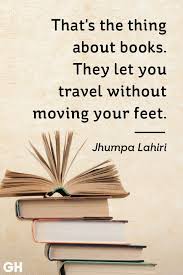 There is so much out there on writer’s block, so much good advice. But I’m unsure.

Being a person who does not really follow plans makes writing an organic affair. My modus operendi is to get an idea, run with it, write until I drop, ride into the writer’s wall, evaluate the substance of my original idea, put the writing into cold-storage for a while, and find another idea. I suppose that I am the writer’s equivelent of a spider or a crocodile; I will digest that meal sometime later.

My follow-up to AWOL has been sitting in the cupboard for quite some time, if you consider that almost ten years is ‘some time’. In that time, I have become older, somewhat better read, somewhat more informed about myself, and somewhat better at this thing that I call writing. What I haven’t developed is my ability to plan ahead. I simply set out on a journey and have no true idea where it is that I am going. I lay down the scent for my characters to follow and they tend to do the rest. There’s a lot of magic, sleep, and luck involved.

I suppose that it’s like when I am cycling and I hit a climb that suddenly increases in difficulty. It’s the first time on this climb. The route is masked by the woods that grow alongside it. The road is winding. There are sections that just decide to kick up at you, test your resolve, mock you for the unsustainable pace you set yourself at the beginning. It becomes so steep that you can barely turn the pedals but you are clipped-in and the only way that you can get off is to fall off. Falling off could damage your precious bike, so it’s not an option. Time to dig in and take the pain or let the climb defeat you.

I’m coming back to that climb again. I did fall off the bike, but it wasn’t badly damaged. Ahead of me, I can hear one of my characters calling out. I recognise the voice of Evie and she needs my help. No matter what else I do, I have promised her that I will get over the bump in the road, get to the top and then do some freewheeling into the next dip.