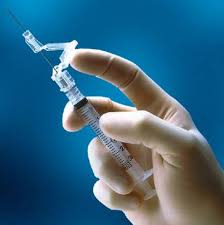 I have always slept. Eight hours is what I aim for, eight long, deep hours of nothingness. The years have probably dealt me many good nights in which I have wandered aimlessly through the ocean of indifference, bumping into the various flotsam and jetsam that remain of my consciousness. At other times, sleep has been elusive, deceptive, and mocking. The futile attempts to capture it, after a brief promise of an hour or so’s rest, frustrates and torments.

Counting sheep has never worked for me although I once successfully set about recounting each and every goal I scored during my amateur football days and that helped me.

I did score quite a lot, but after an hour or two of counting, recounting and celebrating, I must have fallen into the deepest state of oblivion that I had ever enjoyed. I can only hope that any age-related mental disorders will be likewise. I would, though, have to omit the time when, as a junior player, I managed to let the goal post tackle me, having just rounded the keeper. My intention had been to put the fat, wet, medicine ball of a football into the back of the other team’s net.  It didn’t happen. My team mates joined the opposition in tear-bursting laughter and the other goal that I had managed to score counted for nothing. That dark stain on my career will never leave me.

When I was going through my darkest times I often considered my own death. It came to me as a release. Someday…and that someday could have been very close, I was going to die. So what was it all about? Images of my father floated back to me. DEAD his face spelt and I had no grounds on which to argue with that fact. However, just after he had died, he kept making fleeting visits to me. These came in the form of dreams in which somebody, not resembling my dad, appeared and spoke to me as if he was my departed father. One dream had me standing outside the house in which I grew up (my mother’s current home is just across the road). I can remember knowing that somebody was coming around the bend of the crescent before I saw them. I waited and waited until eventually the person appeared. It was a coloured lad of around eleven years of age. His skin was coffee coloured and his hair formed itself into a haloed bush of loose curls. It was my dad.

The enormity of this dream still affects me even unto this day. Tears are not welling up from within any longer but I am sure that it was him. “Dad,” I said. He looked towards me and across that great divide I know that he saw me. “Matt,” he mouthed. My dad was back and he was black. So that was his secret. That puzzle that I had been trying to solve all of my life was now married to an answer. I couldn’t wait to tell my mum and sisters, but that would have to wait because the tears would have to come first.

Ancient Greece may have well been something that was back in the nineties; it may have well have been yesterday for all the good that Time can tell us about Time. Things just go on, even when they have stopped. They just tick along somewhere, quietly racking up extra time that can’t be counted. A lad gave me a nice compliment the other day, he said that I was like a granddad, a nice granddad that dressed smartly and was laid back. I took it as a compliment rather than a dig and I understood what he meant. Actually, I understand myself now. That younger self, who was forever gazing in the mirror, forever fighting the natural process of age, always trying to compete and defy the odds, has moved over.

My legs are aching this morning from a run that I went on with my wife yesterday. We ran a goodly distance and came home feeling the benefit of having done so. We shared some Sunday afternoon euphoria, feeling alive for the first time in a while. The last time I went out with Sophie was over a year ago. We were doing a country-run over uneven ground when I pointed out a small pasture at the side of a farmhouse. I don’t know why I was doing this, perhaps indulging in the rural idyll or some such nonsense, anyway the next thing that I heard was a scream and, turning to see the source of this violent eruption, I saw my wife flat out with blood already pouring from a nasty gash in her knee. She had followed my country idyll finger and had lost her footing, and it was my fault.

So, the result of this Sunday mishap was that I hadn’t been out for a run with her for over a year. Indeed, it took her eight months to recover from the injury to her ankle; the gash just scarred leaving a constant reminder of my pointy finger. Imagine the weight of responsibility that settled upon my running shoes when I suggested another run, partly in the country. Fortunately, my drugs and newly acquired life-view have changed the way I think and perform. No longer am I driven to extract every last ounce of effort and belief from myself; and my wife. The difference is that I am intent on enjoying those pastimes that had previously been reserved for self-punishment and more than a little self-loathing. Our long-awaited return run was a success and there was never a hint of the bollocking that my wife had threatened me with if I dared to push her too hard. Lesson learned…eventually.

Perhaps it is part of my recovery that tells me to take it easy.

I am trying not to push myself and know that there are things that I will never be able to do again. Take the leadership of an English department, please! My view on this is that you can take it and put it where there is no sun. When I say leadership, I really mean management. It’s a management job for 90% of the time with a little bit of leadership sneaking in to help the vainglorious.

Just thinking about all that administration, data trawling, book auditing and lesson observations drives me insane. A shiver dances upon my grave and then slivers down my spine before leaving with a bullying wink. Some people love it. Some teachers adore the exercise of power that hides behind systems and accountability. Some teachers believe that the harder they are with their staff the more respected and admired they will become. Little victories come in the form of the nod of appreciation from a head-teacher, the meeting of data-inputting deadlines or the more than satisfactory teaching and learning health-check that comes as formalised learning walks. On the negative side is the insatiable desire to dot and cross things, extrapolate information from teacher predictions, calm the seething masses of unruly or indifferent pupils or their parents and calm the seas of anxiety and apprehension that have washed over all of the profession of late. Being a Head of English, or maths, is a labour for Hercules and only a fleetingly sustainable role for anyone not planning to spend the latter part of the life on medication.

As inspirational quotes go, this one must get at least an affirmation of acknowledgement.

So many inspirational quotations and so little time…

2 thoughts on “Sleep And The Living…”