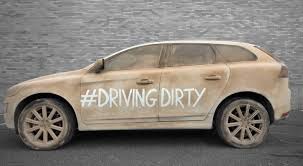 I was going to wash the car this morning but then it decided to rain. Days do that to you. They watch you like nosey neighbours who have a grudge. They try to second-guess you so that they can put a nail in your plans. So now the rain is falling and the car is going unwashed.

I’m going for an interview today. That’s probably why the car washing thing came to mind. It’s not as if I can take a car into the interview or that my car is anything to be admired; I just wanted it to be clean. I also had a shave.

None of these things will count. I am doing a ‘micro-lesson’ which is common parlance for not a full lesson. I have chosen to do mine on the importance of character creation as it’s an adult class in creative writing. It will probably pay something in the region of a half-bag of salt, but I have decided to go along. If you ask me for my reasons, I will stare back at you with my mouth attempting ot conjure words, yet failing.

This is a man who hates to be put on the judging platform. Who hates having fat fingers squeeze my sides to check my useful girth. Who hates ticks that just have to be placed in boxes. Yet, still I am going. But I am not going alone. I am taking Evie from The Story of Eve, Liam Flowers from The Piper and Flowers and the Dead, and ME from Read After Burnout.