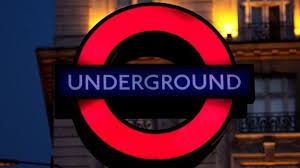 “If I’m honest, I would say that life is treating me badly.” That’s what I wanted to say.

I had not slept that night. I had a memory of a body at my side, some warmth that may have provided comfort, another in a place of isolation. In my torment, I reached out to the nothing that was not there. Nights are vacant and rooms are vast. All life empties into the ever-long hours of the night. Dreams come and turn to shadow. The certainty of the floor and the walls becomes less. My body is no longer substance.

And how is today treating me?  It is like any other day; it doesn’t see me.

The boy came to my side. He was a vague thing that tugged at me like an evening breeze. We both moved along, slipping between the eddies, passing the places where life could gather. The boy was a thing that was gone. He was a memory of a memory, an echo that had not yet dulled. The final fall of a note that clung to the air. He tugged a little harder, pulled me with a meaning that I had forgotten. He did not speak yet I could hear something, some internal whisper that needed to reach an ear.

We moved through lights and sound. We floated on the thermals of others and then descended into the place of darkness and to where I now stood. In the passing of the world, I found myself standing in front of the man who forever ran the Kiosk. The boy had gone.

She had been lost to the world of those that lived. She bathed each morning as if the waters could cleanse her of her knowledge. She was alone; had always been alone. And so was the other.

I had been lost for such a time that nobody ever spent a thought upon me. I was a note that had moved beyond the years of men, a memory that had faded to a point of incomprehension. And yet I found the thing that was still myself wanting to help her.

The giant had come that night. It had come with an ever shattering tread that fell upon the city whilst I offered sweet notes of comfort to the puppies. They were alone, their mother dead beneath the wheels of a fire-engine. They were so small, so very helpless, and they would die. There are certainties in this world, things that even a young boy could see, and death is leading them. Without their mother the puppies were starving. They would be gone within days, but I couldn’t abandon them. We all need some love before the darkness.

The puppies never came to the place where the others gathered. Perhaps there is some other respite for them. So, I wandered. Each night I was washed towards the place where the kiosk is, the place with the man who sees everything. I have seen others go towards him. They have a brief exchange, words that are repeated as mantras. He watches and knows what time brings – me.

I am now the giant.

I stride the streets and the years. Nobody sees me, nobody apart from the kiosk man. People move in darkness. They hide, but the giant’s path cuts through all lives, it is the scythe that decides when winter comes yet it is the cut that prompts fresh spring. Sometimes, there is kindness and it is seen, a tiny sparkle of light where none should be, cupped hands protect it from the storm.

They were always meant to be. Only time stood in the way. But I am the giant who can straddle time and save tiny hopes from failing.

“You have done well, boy,” the kiosk man said.

My hands were holding theirs. For the first time, they could see each other in something that was not a dream. Time ebbs and flows. It washes around and returns. And sometimes things that were lost can be rediscovered.

For those who had any interest, the story of this time-tricked pair could be discerned from the unread pages of the yellowing newspapers that sat around the kiosk.

In 1962 a troubled young woman took her own life by throwing herself from the bridge crossing the Thames at Westminster. She had been one of the many who could come to terms with the loss of a very close family member to the Luftwaffe during the Blitz. Her body was never found. In 2019, a man suffering from cancer also tried to end his life by using a cut-throat razor; only a heroine’s intervention, a flat-mate who he had never spoken to, saved him.

They had always been there, always shared the same space, just years apart. It took a dead boy’s belief to bring them together on that lost Christmas.

The kiosk still stands and has stayed in the same hands for generations.

Hope you have a wonderful Christmas,

5 thoughts on “Lost Christmas. The End.”