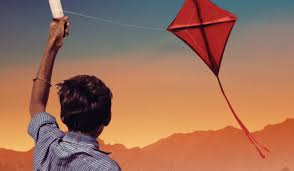 I found myself saying to my daughter’s English teacher that The Kite Runner was a redemptive text. I said it over and over again with an emphasis that suggested either intense intellectual interest or just senility.

Redemption has been on my mind of late. It is buzzing slowly around like a moth that is drawn to the last embers of a youthful life that has been lived. It came back again this weekend with memories, now long gone, of the time that I lived in London. More precisely it came back when I reconnected with a very good and long lost friend.

Some people have a bucket-list of things to do before they finally shuffle off. I have no such thing, though lately I have had a yearning to visit the Far East. That last one has something to do with the fact that it has always presented to me cultures that are so very different from my own and landscapes that don’t fall into the temperate category that has been with me almost each and every year.

As time moves on, we should move and change. I am starting to feel this urge and no matter how much I have recently fretted about my lack of pecuniary planning for my pension, I still think that it’s just a minor speck on life’s surface. ‘Do it,’ a voice is now whispering. London came out of one of those hushed suggestions, and it was my wife who suggested it.

So, apart from the parents evening with my daughter’s much younger English teacher, how does redemption come into it all? The answer is that I am making up for lost time. I am making up for the long-running and completely false belief that time is somehow stationary, that the present just remains. That’s why I am not well endowed in the pension sense; I never thought that I would need it. It turns out that my friend is in a boat that has slightly more water in it than mine yet there we were, two relatively older blokes sharing our memories of times long past. Steely Dan even got a mention.

Nostalgia is a word that has now taken on a slightly cliched nuance. It is rose-tinted and is the type of belief that has driven the prematurely retarded to vote for BREXIT. It’s a view of a golden age, a time when everything was right with the world, a sickly outpouring of saccharine sentiments. In reality, the root of nostalgia finds itself in Ancient Greece. Nostos means return home and Algos means pain. I like this. Its’ not that I have any masochistic delight in pain but that I believe that it’s part of life, Tony Harrison’s meditation on this is apt,

“Sweet pulp and sour skin –
Or was it sweet outside, and sour within?”

Anyway, it’s something that somehow goes together and stays with us for ever.

I have been putting together missing pieces of my life since my burnout and Sean was a huge piece that needed to be found and put into the grander picture in order for that to make sense.

The conversation that I had with him on a torrentially wet Sunday afternoon, over pints in a few Kings Cross pubs, was not so much a tick on my list but a completion of a sentence that had always been half-muttered. When I had sat back and assumed that life would do the same, Sean had chased after it and held his fortune to ransom. He may have paid for his success in some devinely inspired levelling of the scales, but he has reached a place where he is content.

And, strangely, so have I.

Life moves in circles and sometimes they meet up.

11 thoughts on “Redemption And Circles…”