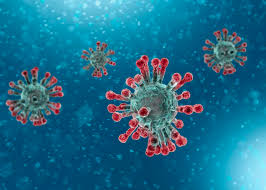 If you are reading this you have survived IT so far. The IT is the thing that can’t be named. Think Macbeth, but only think it. You see, once it has taken to the air and spread its wings…Well, I think you get the message.

I am writing this as a response to IT. I have been waiting for IT for much of my life, certainly the part that entertained the written word. I think that a lot of mankind has been secretly waiting for the day when things are taken out of our hands and given over to some power that is so removed from our understanding, and rationalisation, that it is simply alien or IT, a thing beyond explanation.

IT is the thing that makes all our decisions for us. The seiges that it lays upon all our lives cannot be ignored. IT is IT, that moment when everything we thought we could do to direct ourselves disappears and we are left hopeless, a swimmer caught in a rip-tide.

Spring had arrived, seeping away the cold wet of a long dwelling winter. I had been reading the news, watching the news, and digesting the news. Digesting didn’t take long. A new plague was on its way, nay, it was here and hungry. Sometime in the future somebody will document these times, explain how such a thing could creep up on the world so easily, and attempt to point fingers at the factors responsible. On that spring morning, with a cloudless sky and new warmth, it felt like a thousand miles away. A hundred thousand miles away, but it wasn’t. I had probably contracted it. That’s what I had convinced myself; I’d always been a dreamer and wannabe survivor. They told us that it was only the older generation that would have to worry, those and the ones who had underlying issues. In my mind I was not young but equally I was not old, some may disagree.

These things are sent to try us. They have been sending these things against us for as long as sending things had been a thing. We had become a little blasé about it all. We had science, didn’t we? We also had a new government of non-fuddy thinkers who prided themselves upon seeing the trees through the woods. Perhaps the virus was a myth, a Chinese inspired attempt at scaring the pants off their international competitors whilst sinking the markets. Apparently, they did this way back in the time of the Black Death and managed to score a rapid hat-trick of Death, Death, Death and Death – they were never ones to settle for three courses when four were on the table. Then, the population of Europe was probably halved and the countries of that continent would not rouse themselves from the mauling until another two-hundred years had passed. The Walled Kingdom was safe and the smelly powers of Europe were broken.

Fast forward to today and me standing in the early spring sunshine. Nothing could be wrong with such a day, nothing. But then I wasn’t able to see the silent workings of the virus as it weaved its design into the fabric of all that was then life.  I managed to get well into the night before I woke, which was around 2am, and found myself wondering as the news was taking shape. The news programmes of the BBC were overrunning their designated times. Reports were coming in from journalists in Italy, Spain, USA, and at home, where everyday people were being stunned out of their everyday lives. Kings Cross, according to one of my students, was like a ghost town, or station. People were starting to take advice about he severity of the crisis. So far, it had been the stuff of rumours, the stuff that was meant to scare children, but children were not scared by this; they were looking forward to the extra time off school.

The school that I work at is in the sticks. It’s an old Victorian affair that was purchased by a man who later donated it to the Society of Friends, perhaps as down-payment for a life led accruing fiscal possessions rather than charitable donations. Anyway, the school is now being run for boys with autism, high functioning lads who are as bright as diamonds but unable to control some of their responses to certain situations. It’s always seemed like a very sane place compared to the madness of other schools.

Yesterday was strange one with more staff taking sickness days and more students staying away. The morning briefing was a lopsided event with few people chipping in with essential intelligence about the previous week. The guy who is the Headteacher made an amusing observation about OFSTED not coming if the head was dead. It wasn’t quite gallows humour, but it was moving that way. As I moved through my lessons, I got the feeling that the school was changing beneath me. It was saying goodbye for a while, getting ready to shut down and see out he storm. Think Overlook and The Shining, Think Stephen King, think me thinking that I am Jack Torrance. Just writing this makes me think of it; the end of the world. And it’s been a long time coming. Now it is here.

Being British means that we are not expected to panic. Stuff of nonsense. Piffle. Scaremongering. The Prime Minister was shaken out of his hiding to make a daily briefing. For once the ill-groomed airbag looked ruffled. His hair had the same startled look, one that has been perfected for public consumption. This is a new Prime Minister who won a landslide due to his ability to look ordinary, non-threatening, a comedic novelty of somebody you would share a pint with if you ever got the chance. Last night he looked like he was sweating beneath the glare of the TV lights. I thought that he was looking a little feverish but that may have only been my imagination.

So, the funny little man is starting to show signs of strain whilst his trusted group, who managed to seize power, are dropping off the radar. One young woman was wheeled out as a Health Minister and she looked like she ought to know what she was talking about due to the fact that she was a seriously close approximation of one of those near dead patients. Her mouth was moving in response to questions that her mind was telling her to ignore, yet her eyes were elsewhere. She wanted to be somewhere else, she knew too much that was any good for her. There were the feet on the ground journalists, both regional and international, but their articles only provided anecdotal evidence of the pandemic as it strolled around unimpeded.

One article did grab me and that was one that needed little hype. It was about a hospital in Lombardy, the epicentre of the outbreak. There were rows of hospital beds with patients laid flat on their stomachs. They had ventilators attached but were showing no real signs of life. Here, it definitely wasn’t business as usual. For these people, not really patients because they could not really be cared for, the end was definitely nigh. A doctor explained, through a facemask, that nobody was expected to survive. This was a ward that had become a morgue and these bodies were waiting to be officially pronounced DEAD. The doctor suffered from sleep deprivation; she could not sleep, when she did, she dreamt, nightmares that were refugees from reality.

The doctor was suffering from post-traumatic-stress-disorder yet she carried on, her Hippocratic oath persuading her into the wards.

10 thoughts on “Read After Covid…”