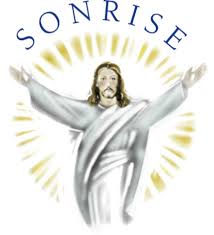 Saints are dangerous creatures. They promise miraculous hope and redemption. They give us a sure-fire way of being delivered from evil. They…leave sentences unfinished.

The school was a beacon of salvation. The needy were taken in and helped to evolve into exemplary members of society. This was the reason that I joined the workforce of this environment, having believed that I had a touch of the Jesus complex. My whole teaching career has been propelled by my inner saint. I could heal lepers, bring views to the sightless, and make the dead live again. Well, that’s what I thought. My perception of my powers has altered to allow me to view my skills within a very limited framework. I have become a good teacher again, but I am not essential for life on Earth. Without my anecdotes or explanations, persuasions and patience, the world will turn.

Lots of beings are puffed with a generosity of spirit in times such as these. They believe that a show of overt giving is the answer, that God, or some other divining force, will recognise in them the qualities required for a New World, even if it is one that exists beyond the final curtain call. Puffing your chest out and facing your unseen foe, whilst harbouring the deep-seated, yet freshly discovered immortality shield, is the only way that IT can be beaten. Yet, IT lives and IT does not care about the level of newly found conviction that we may have. IT is indiscriminate and will take anything that is thrown its way. Saints die just as easily as sinners. On the other hand, the darker way is the way of the old world and look where that took us.

When we emerge from this, as we will, it is to be hoped that our infatuation with those who give the one true answer will have dwindled or disappeared. Take the disease that takes whatever it is fed and cares not for good deeds or bad. I’d like to compare it to those pathogens of the past, those efficient re-shapers of everything that we thought the world was. Not only did people die from their tenure, but gods did also. It was chaff from wheat and wheat from chaff with both surviving in equal quantities. Yet it was a fresh start, a chance to live again, a table rasa and we can write what we think.

The true question is, how does cycling relate to the workings of the world?

Yesterday, I finally persuaded the missus to jump on her bike and accompany me on a ride. It was surprisingly easy and I am grateful for the weather turning up in spring-like splendour. I am not one for hyperbolic flourishes but yesterday was high on the heaven-sent wish-list. Within a the lapse of a short time, my missus was cycle-ready and, with a few tweaks, we were on our bikes and heading off in the bright blue morning. Again, the world was quiet and, again, I felt a little at home.

When we navigated the initial humps of my wife’s concerns that the bike was too long for her, the she didn’t have cycle-shorts, or that she was certain that she would be in some deep discomfort by the end of it, we sat back and enjoyed the ride.

Soon out into the countryside with its Laurie Lee lanes and its almost emptiness, we were looking at views, sharing thoughts and each other’s company. The climbs were not as bad as she had expected and, although her arse was being aggravated by the saddle, she did not emit any true distress. And what was a giant step was the fact that, when descending a decent incline, she didn’t clasp the brakes like rosary beads. This was a first and she recognised it as such.

Our ride was part exercise and part ambling. We toured a new sprouting of houses that had been recently erected and she did a little ‘cryptoscopophiliac’ (I think I’ve made that up – looking in houses) behaviour as a means of recognising the old normality.

People are using ‘normalcy’ these days. I don’t like it but accept that language changes over time as behaviour also does.

3 thoughts on “Read After Covid…8”