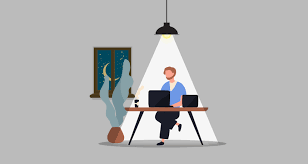 Finally, my autocorrect has accepted Covid as a word. I have spent 14 days changing it back from Civid. Just shows the new normality that is at work. If the digital world has grown to accept IT, the rest of existence will follow.

Tea is still part of our regime. I woke this morning and made my way downstairs to let the cat out and then make two mugs of tea. A steady explosion of coughs had been erupting from our middle daughter’s bedroom for the previous hour; the asthma treatment had not had the magical effect that was hoped for and neither did the news from around the world.

Almost everything is Covid-concerned and the stark figures of deaths just keep on rising. Yesterday’s number for the UK was 563. In the States and Spain the numbers exceded 800. It seems certain that, until there is some clear thinking on this, these numbers will continue to rise. Perhaps this is what we deserve for electing egos rather than leaders.

Our moods are now swinging from a resilient ‘chipperness’ to dull acceptance. The day prior to yesterday saw my wife in tears as she could not manage the ‘remote’ learning that has become an expectation. One of the problems with teaching from home, when you have been conditioned to believe that it takes place in classrooms, in schools and colleges, is that a little bit of your accepted world changes. The demarcation of the world of work and that of home has long been under attack from the forces of industry/business. Smart phones and laptops have washed away the barriers, creating a 24/7 workplace. Some people actually like to send emails out in the middle of the night in order to show how hard they are working. Both my wife and I have seen colleagues eating their breakfasts at work. Work is like a vampire, if it’s invited in it will suck you dry – forever…

Stop Trying to Be Productive.

That’s the advice given by an article in The New York Times. It goes on to explain that many people find it almost impossible to switch from the hour by hour culture of work, and task completion, to the open range of the work-from-home directive. The problem is that we need to be seen to be occupied throughout those surprisingly long days when we have not got the distraction of commutes or desks. For those people with more previously discovered autonomy it is easier. But for those who have been chained to their desks or classrooms for a large portion of their working lives, it is a bridge too far.

The writer of the article wrote about her attempts to fill every precious moment with something that was productive: work, emails, nutricious breakfast, walk/run, pray…until the yawn of the day had closed and she could relax. Having experienced a rather life-changing burnout, I thought that I was in a good position to see myself and my family through this thing and, so far, we are coping moderately well. Without the social glue of the work-placed-culture, the rest of my family have been using social media to reconnect with ‘normality’, whereas I fell off that particular grid a long time ago. Indeed, I can easily justify spending hours doing relatively nothing that is productive, if productive means that it is for employers.

I find that reading takes up time and so does writing; which few ever read. Almost as a family, our middle daughter skipping the opportunity as normal, we went for a run at lunchtime. I cycle and have not run for a number of months so I felt it. The eldest daughter and my wife have been out together on a number of occasions and they were at ease with the exercise. The youngest daughter is not prone to random outbreaks of running so I thought it best to keep her company. She struggled, so I thought that would be a good pace to match. The good news was that we all got home. This morning reminds me of my efforts.

Another article’s headline was concerning a lorry load of toilet paper going ‘up in flames’ in Texas. My immediate response to this was, ‘what a shitter’ but that was obviously erroneous. Never has toilet paper been so much in the limelight. In our house, we treasure each separate sheet as if it is gold; not that we would wipe ourselves with that particlular commodity. It even formed part of a mini family discussion, generated by me to remind us about the importance of being frugal when wiping out backsides. It turned out that we were all being careful as none of us wished to face a future without the soft-multi-tissue that has become so much a part of our extended family. Our cat uses the garden.

The sun is now shining on another day in which IT is in charge. I think that I have things to do, but I haven’t. I cancelled a short online interview for teaching online because I didn’t have the passion or energy to complete it. It’s been rearranged for tomorrow afternoon when I think that my ‘pep’ will have returned.

In the immediate future, I shall make myself a strong cup of coffee. Busy, busy, busy?