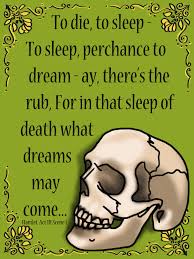 And Thursday is here once again. This day had never meant much in the older world, but now it offers the chance to go forth and mingle, from afar, with your neighbours.

People have been coming to their gates to wave at others and to share those very British ‘how are you?’ coversation openers. If anyone ventures across the invisible line that marks their land, they take obvious care to show everybody that they are keeping the ‘2 metre’ rule. What usually happens is that we applaud the sacrifices being made by the NHS workers for the rest of us. It’s one of the ideas that has gained popularity over the last month. Then we have a chat.

There’s a side of me that thinks this is just a jingoistic trick to get us all to buy into the ‘Covid Blitz’ mentality, we’re all fighting an unseen enemy line, whilst the other side recognises the guts that it must take to turn up for shift after shift when the relentless nature of the virus means that it just keeps on coming.

There is just that part of me that is thinking 1984 and the eternal enemy at our gates. Wouldn’t it be strange if they just kept this up even after the danger has lifted? I was reading about groups of protesters with guns (has to be USA with that big clue), claiming that lockdown is tyrannical. The virus doesn’t really exist, it’s 5G networking or some other form of mind control. They were demanding their God-given right to wander, to work, and to catch that non-existent virus, thenn to die, perchance to sleep; and you need guns for that. So, where is a person supposed to stand? I could no more give credence to the lunatics on the right as I could to those half-felt conspiracists somewhere on the left – like me. For the moment, it is what it is.

Whilst out for my daily exercise, I noticed many more cars out on the roads. People are beginning to weary of lockdown and are voting with their feet, or tyres in this instance. Apart from it being just a tad before the ball, I think that it ignores the lingering threat of the virus. People are still dying and in large numbers.

Perhaps we need the sound of air-raid sirens to create a little more angst. Another aspect of the times is that the empty roads and civic centres have managed to take us back to an easier era, one less bothered by the need to ‘do’ tasks that are deemed to be productive. Wasn’t it Hamlet who was plagued by his need to act? When Laurence Olivier played the role, he could act but not do the thing that he thought that he was meant to do – kill his uncle. It is the thinking about doing that the play revolves around; contemplation. Indeed, without action, it reaches over thirty-thousand words, the longest of any of his plays.

Now, I like a bit of thinking as much as any man or woman, perhaps more, but I also like doing. What I don’t like doing are things that othe people tell me that I should be doing, and often that is mindless work that results in a positive outcome for others who believe themselves to be the rulers.

‘To be, or not to be, that is the question:
Whether ’tis nobler in the mind to suffer
The slings and arrows of outrageous fortune,
Or to take arms against a sea of troubles
And by opposing end them.’

As I have said, I find myself caught between these two options and that is probably why I am here, writing this.

Tonight I will be outside our home, quietly applauding, and wearing a grin like a Cheshire Cat.