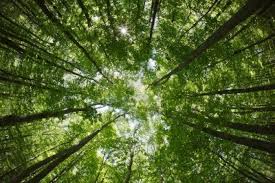 I was back listening to the doctor who may or may not have been beside my bed during the early waking hours of the ward. I heard him talk of a young woman who had been diagnosed with corona-virus and had taken her own life. He spoke about the ward that I was on as being a mixed ward, corona and non-corona patients. He pointed to me and explained that I was obviously very intelligent but was not very cooperative. I felt a new surge of pride on both counts. The doctor and his tutees moved on to the next room without ever having realised that I been a part of everything they had discussed. I did not need to try to re-enter sleep, I didn’t need to, it enveloped me.

You couldn’t make up the state the world was in not even if you shot yourself full of mind-altering drugs and smoked as much weed as a hundred human bodies could possibly take in a thousand lifetimes. On the other side of the wall was a world in which the truth was denied whilst lies were believed – and every person on the planet appeared to be completely at ease with that status quo. Just because a pandemic was sweeping the globe and killing untold thousands did not mean that it was true, there were lots of things that killed thousands every year, take dogs for example at 25,000 per year and that is just the rabid ones. People who think this way usually prefer to support other radical thinkers like Trump.

For those belonging to another plane of existence, the Trump Effect takes its name from a portion of humanity deciding en-masse to give-up their own portion of humanity whilst passing up any responsibility for others.  My mornings were normally filled with reading the major articles of news. I read several outlets from the States with CNN being a major input and Fox never in evidence. With my one major news-outlet giving me the low-down on the new Nero, I was able to form a fixed response that was suited to the tragic-comedy that was being broadcast across the pond. My wife never wanted to hear about any of it. For her, such news was akin to reading about particularly gruesome car-crashes. Not only did Trump seem to be the virus’s best friend, but he was possibly the thing itself, disguised as an incompetent, ignorant populist who would be responsible to thousands of avoidable deaths during the height of the crisis. Trump is not the only one. His rise to power was mirrored by others who saw his methods as yielding welcome fruit. Now, the world is full of these middle-aged dictators who are having the time of their lives at the expense of that little thing called democracy. On the ward, only the ‘after dark’ nurses threatened my sense of liberation.

I had a goal and that was to escape the ward through the revolving door. I had to get better at walking whilst showing that I could breathe deeply. This last challenge I met with hours of quiet exercise – the walking bit would have to wait for the auditions. Oh, and I also decided not to fight the system but to game it. I started smiling, nodding to one and all that passed my bed and faking movement. I sat back and watched my plan in action.

The physiotherapists were my first target. The older woman had been replaced with two younger men in their twenties. They were relatively new to the role and were still putting into place those things that they had picked up in their training. They had me stand up by the side of the bed and attempt to run on the spot. It was a very exaggerated form of jogging, the type that one would expect to do at a drama school audition. As nobody was watching, I improvised a little. My running was not so much the stuff that one would do in the park, it was an improvisation on a theme.

“Why did you just do that?”  one of my young tutors asked.

“I was stroking that bloke’s dog.”

“The one who was walking it in the park.”

“The one we are running in.”