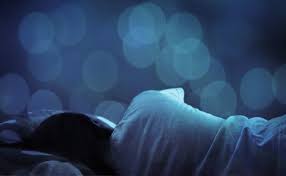 “What’s been keeping you,” he asked.

“How did you get in here so quickly?”

“That was easy when you are so shocked by your own actions. You should have seen your face. Anyone would have thought that you had robbed a bank or something. Did you get a thrill?”

I didn’t want to confess, so I just said, “Don’t be so stupid.” I then waited to see if there was going to be any response. The air between us waited in anticipation before disappointment stepped in.

The caretaker’s room was full of treasures. There were comfy chairs, laptops, a lifetime’s supply of tea and coffee, a mini-fridge in which we found some mile that had turned to cheese and lots and lots of implements that could be expected plunder in such a place. On a wooden plaque, hanging from brass hocks, were keys, but none were labelled.

I looked around but he had moved once again.

“Try the one hanging in the bottom left hand corner.”

This time, his voice was off walking down the corridor. Regardless of his insistence to vanish during short dialogues, I took his advice and plucked the key from the bottom left. Back in the corridor, the dark silhouette of Dominic waited outside the kitchen door. He was leaning up against the wall, his right foot placed squarely against it and his baseball cap pulled down low over his eyes. I couldn’t remember him having put the cap on or having had a cap, but I wasn’t too good with details during those days. The whole sleep thing had misted my mind. Perhaps I was getting early-onset dementia.

Dementia is a term that covers a whole range of illnesses that are concerned with cognitive functions. Dementia is caused by abnormal brain changes that result in stuff like memory loss, mental sharpness, thinking speed and forgetting to change your underwear if you had been wearing it continuously throughout the lockdown. These symptoms were difficult to argue with and if you did argue with them you would be an obvious candidate for dementia.

Somehow, being in Sandham, without anyone else, apart from Demonic who seemed to keep appearing before disappearing, was what many neuros could classify as a form of dementia that had decided to make an early start.

“You thinking that you’ve got dementia?”