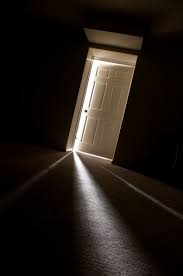 In her dreams, Elizabeth was on the ward she had devoted her time to.

It had not burnt to the ground as she knew it had many years ago, but was intact and filled with the confused slumber of its patients. The book that Elizabeth had been reading was open at the page she was at when she had fallen asleep. She had done her rounds, had tucked in the sleepers, had recreated the stories she had for each of them and had gone back to her nurses’ station to read.

The book she had been reading had taken up three full nights. The tome had involved a variety of characters who were all part of a dark secret. None of them spoke openly of what was happening and no outsiders ever suspected or even cared to ask. At the centre of the story was a girl who had been locked away in the attic of her home for years. She had grown in darkness as a result of the superstitions held by her parents. Her mother had been raised as a Seventh Day Evangelist who adhered to the belief that God was a tyrant who smote the innocent and guilty alike.

He was not mercy. He was not forgiveness. God was pain and damnation.

His purpose was to remind every being that life was short and lived on terms that were non-negotiable. And so, this mother had brought to another generation the fears and petty hatreds of darker times. And, having given birth to a beautiful child, she felt neither love nor compassion, only jealousy.

The child had taken from her and her beauty had faded into wrinkles whilst the baby had grown.

God had told her that the child must be punished.

God told her that she should lock the child away from the eyes of man and that the child’s beauty ought to be challenged by solitude. So with righteousness as her sword, she had locked the child in the attic away from the world.

Elizabeth had read the book carefully taking each word at a time and not skimming. She was drawn to the story in the same self-destructive manner that addicts return to that which most harms them. As she read further, she fell deeper into its pages and became ensnared in its passages. Sometime throughout the long third night of reading the book, she slept.

In her dream, she woke with the sounds of the sleepers seeping into every crevice of the ward. Waking more, her eyesight adjusting to the night, she raised herself from her chair and felt an energy that had not been there for many years. She looked at her hands and was amazed at how different they were. She turned them over in front of her gaze and saw the backs were now not the veined maps onto which an almost translucent covering of skin was projected. These things she held before her belonged to a younger woman.

She was dreaming and she knew it. She had often woken within a dream and, even knowing that it belonged to the wanderings of an idle mind, had allowed its tidal ebbs and flows to take her where they would. For the most part, she would forget these nocturnal trips yet if she chanced to happen upon some detail that connected to them, she would, she would stop her in her tracks and feel the chill of its touch. These episodes of déjà vu were now starting to come to her like leaves falling from a tree in autumn.

She had decided that her mind was starting to play tricks with her. She blamed her age and the terrible guilt that she still carried and would carry until her dying day. She never once thought that her dreams were warning her of things that had passed and things that were yet to come.

In this dream, she moved through the ward listening to the familiar sound of the invisible ones. She was able to see each bed inhabited by their sleeping occupants and the regular rise and fall of their breathing. All the beds were occupied and it seemed that the ward was not confined by the hospital’s walls. She could see into the shifting darkness and thought she saw beds stretching out for mile upon mile covering the huge expanse of some vast horizon.

Then there came the sound.

At first it was a low indistinguishable sound that could have been the merest hush of a nervous breeze, but the sound began to grow and swirl around the beds. Blankets began to flutter as if brushed by a passing hand. Elizabeth was frightened.

Every instinct yelled out for her to run.

She listened knowing that if she heard its true notes, she would be lost. This was the time to run. This was the time to swim upwards from this sleep. She pushed away from the floor yet did not move. Movement and sound converged. She was aware of sheets being filled with the forms of sleeplessness. In the far distance was a darkened cloud that was flooding the sky. It moved with the agility of a hand seeping back and forth a grey swathe of foreboding. She would pull herself upward towards safety. She would tell herself that this was not real, that it was only a dream. A nightmare.

Her heart raced and pounded in her chest and pulsed into her temples. Her skin rippled with an ancient angst like a memory locked into despair. There was more movement in the growing darkness of the ward, but closer still there was also a hand beginning to climb from under sheets. She saw it from the dreamer’s viewpoint, seeing herself from above and from the side simultaneously. Yet she could not affect what she perceived to be happening. The hand that was revealing itself from beneath the veil of dread was that of The Piper and the bodies that were rising from their white cotton shrouds were those belonging to her parents, her brother and the neighbours lost so long ago on that summer night.

She would wake now.

That was how it would happen. She would wake and she might even scream. Sweat would stand rigid on her body. She would be hyperventilating. For a brief moment there would be a memory of what she had been through. For a moment, she would remember the touch of The Piper’s clammy hand. For one long eternity there would remain the dreadful memory of a world that was not supposed to have been. For a fortunately forgettable instant, she would remember awaiting the grasp of The Piper as he claimed her for his own.

But then she would wake.

That was when another grabbed her.

Its feel was warm and she knew instinctively who it belonged to. Nicholas was there beside her putting his hand over his mouth and beckoning with his eyes for her to follow. She never questioned his request as they moved silently through the waking ward and she never questioned the fact that this Nicholas was no longer the one she had nursed for all these years.

The boy was now a man and he had come back for her.

Elizabeth was now old and frail. She had been in a nursing home for the last three years and had often wished that she could die. She had lived a long life, perhaps longer than God had intended, but she had always been haunted by those children on the ward. Now she had dreamt of Nicholas, the one who had escaped. The boy, she knew, was now a man and was out there on some errand that God had decided upon. She also understood that God had not forgotten her and the debt she owed him.

Although her bones ached with years of rheumatism, she pulled them from her bed. She was upright surveying how the moon had thrown its light through the window. It was a cold night and the one that she had been waiting for. With no regard for the torturous strain brought on by movement, she washed and dressed in silence. She would leave this place of the dying and find her way back to where much of it had started: Fairfields House.

Once she thought that she had cheated God, but she hadn’t.

He had forgiven her and she owed him her soul.