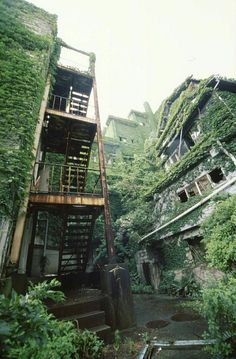 We separated and hugged the darkness that clung to the buildings. The young hunters were so deeply involved in their initiations that they did not notice us. We were next to invisible and completely silent. My companions were covering the other side of the clearing and I had to strain to see them. Musa, the quiet one, was in front of Kate. There was a suggestion that these two had worked together like this before. There was no sign of fear. In fact, if any other had been watching this play out, they could have mistaken the hunted for the hunters. On the ground, in front of us, the real hunters were enjoying themselves. Enjoyment came in the form of taunting attacks, one running at the injured girl from one direction whilst another did it from a different angle. This had the desired effect of panicking both girls. The protector was strong and unafraid but she was alone and they were many. Slowly, she was being exhausted. Soon, boredom would set in and the game would be up.

Our numbers, and limited weapons, demanded that we get as close to our foes as we possibly could. This meant increased risk of being seen. If we gave them too much of advantage they could easily overwhelm us. The trick was to remain beyond their notice right up until I was able to guarantee a kill and then all three of us could launch into attack. Fortunately, hunters were some way towards the top of food-chain and this leant them a confidence in their invincibility. Certainly, in numbers, little could stand against them and this was apparent in the manner these younger ones were setting about their task. Instead of killing, they were playing with their prey.

The closer that I got to the group the easier it was to identify the leader. Hunters work in strictly hierarchical societies and that extends to their behaviour when dealing with their potential food. One of them was noticeably taller than the rest. He was broader too. Instead of joining in with the general taunting of the girls, he stood back, observing and directing. The lesser ones followed his faint nods or glances and performed what was bid of them. When he had had enough of the play, he would end it, and so would they.

I had not got to the place that I had identified. I was still some yards off. And distance could be crucial, but I saw an unmistakeable intake of breath and a straightening of his stance. This was it. I took and arrow from my quiver, notched it into the bowstring, took sight, pulled back the string, aimed and loosed. I was after impact, shock and awe, a moment of confusion from my enemies. And I got it. I like to think that it was judgement that directed the point of the arrow to find its mark right in the middle of the throat of the leader. No sooner had my first arrow been released had I notched another. That, too, was off and making its way into the flesh of the most recent tormentors. The sight of two of their kind left the others shaken. The leader was still attempting to vocalise his last words whilst only achieving the impossible task of swallowing my arrow and the other was face down quivering the last of his nervous reactions before giving in to the inevitable. And now, the other girls were out of their concealment and were running with blades held before them, readying for combat. And the strong one took only moments to assess the change in circumstances before launching herself at the still standing leader.

If death can be magnificent, then her dispatching of the troll was exactly that. Regardless of his mortal wound, the leader still had the strength to dismiss any immediate threats. He held a broad-blade axe that had a shortened shaft. This allowed him to swing it menacingly in close combat. His failing strength would not hinder his intention of taking the girl with him as he walked towards darkness. There was a certainty in his stance, a savage assurance of his ability to complete his task. If the girl overstepped her mark, he would gut her as he had done with the others.

I was travelling too quickly to use my bow. I dropped it for now only a knife would do. Between me and the leader were separate battles. Musa and Kate, although much smaller than the hunters, were battling hard. The element of surprise had been removed so now all they had was their guile and agility. Musa was struggling with a hunter who appeared equally matched in close combat. Their fight was one of thrust and feign, balance and speed. What Musa lacked in power she more than made up in ferocity. Yet ferocity alone would not be enough to overcome such a physical disadvantage. Having me plough into the side of her opponent, knocking him off balance, was just enough for Musa to gain an upper hand. With this hand she was able to thrust a telling blow into her adversary’s leg, severing his hamstring. He dropped to the floor dumbfounded and waited for that which he could not prevent.

I did not wait and was already eating up the distance between me and the ultimate battle. I knew what the outcome could be as I had seen the death throes of powerful beasts before. Even in death, they were somehow able to bring about the end of those who believed that the killing had already been completed. What the girl needed to do was to keep out of the lethal arc of the axe. What she was doing was the opposite. She had moved too quickly, allowed her need for vengeance to cloud her thinking. And, in doing so, she laid herself open to a counter thrust.

I was watching as if in a dream. In this dream, I knew the ending. I had watched it countless times before. In this world, there were only a few certainties and one of those was that the strong lived whilst the weak perished, in agony. I was too far away. My decision to help Musa had condemned this other. Whilst I watched, the hunter stepped inside a seemingly killer strike and grasped the neck of the young one. She was powerless against this dying beast and he pulled her towards him as if reclaiming a final trophy. And I had dropped the only weapon that could have prevented this. Nothing could change what was about to happen. The axe was getting closer to the girl’s throat as her executioner dragged the arrow out of his throat. A torrent of blood sprayed the scene as if painting it for sacrifice.

Some guttural explosion of triumph bellowed from the hunter as he prepared to press and slice the tender tissue of the girl’s neck. I screamed in protest and he looked at me with a grin that was everything which had been created by this world. Then the grin ceased and was instantly replaced with an indignant agony. Instead of pulling his victim onto the cruel sharpness of death, he dropped her at his feet. There she lay, taking valuable moments to recover herself. Whatever had happened to the hunter was no longer any concern and I sped forward once more, my intention to remove her from this arena of imminent threat. The hunter was struggling now. Whatever had happened had done so quickly. But I was grateful for the seconds that the beast was distracted as I raced for the girl. When I reached her, I grabbed her, and dragged her, pulled her away from the minuet that was death’s embrace. We barely were free of the movement before the thing crashed down upon the ground that my young friend had inhabited. Later, we would discover that the axe had fallen in its forced momentum into the place where she would have been.

Even in death, the killers can do this.

Musa had stopped breathing. I held her still warm body to me and I could not let her go.