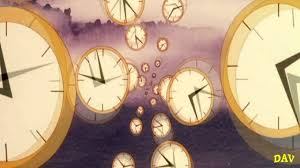 There are times when taking detours is engaging. They pass the time, increase the journey, and introduce new aspects to be admired. The crow flies the shortest distance between two points and if a crow is a generic representation of birds in general, all birds must take the shortest and most efficient path between two points, that is if crows abide by the sayings of man.

Crows, like men, can be distracted from their journeys’ end. The goshawk had diverted from its path in order to take advantage of an opportunity to exercise its instincts and satiate its nature. It had become death and destruction for those moments when it picked that unsuspecting woodpigeon from the skies. The pigeon never knew that death was so close, that a change of flightpath that had come about due to a change in light or wind, had signed the end-of-life agreement the bird had had with the world. Perhaps that is how the best things end, a draft of air stumbling into the fragile flame of a candle. Let there be light always has its provisos; flames will flicker, they will spark back into existence, they will diminish until there is nothing but the lingering scent of them once having been there. Even then, time will sweep up memories from the world.

I loved lamb but could not eat it. What kind of pescatarian would? As usual, I was left with a choice that was not too vast, eat macaroni with cheese or just go a little hungry. I had decided to fake my consumption, something that some of the boys did when they knew that the adults were not watching. Sometimes, we would create a distraction, a sudden wailing out or high-pitched scream which would create the space for a quick clearing of the plate into the leftovers bin whilst attention was elsewhere. On this occasion, with the pandemic raging outside of our walls, it was an easy task to rid myself of the unappetising offering. But I was still hungry.

Lamb had been on the menu and lamb was still the flesh that I craved. To eat it was to enter a world of satisfaction, a deliciously fatty conclusion to the morning. I had fought the urge to indulge my desire for lamb, had abided by my own rules and had kept a code that only other pescatarians would be aware of, but on that day, I was going to break the laws that forbade the consumption of something that had once been young, fluffy and white – I had committed an act of cognitive dissonance.

Without knowing what I had been doing, I had become a rebel. I was a rule-breaker and a dissident whose purpose was to oppose all things in the world (of the neuros) that intended to control me. In making that decision, and upon realising its consequences, I had established my right not to comply. The rules I was shattering were my own rules, but that didn’t seem to matter as the act of breaking rules suggested that I was now more powerful, and the world would have to take notice. Whatever spell had been cast upon my home life was not one that could ever have any power here. This was Sandham and Sandham was a refuge from the neuro world.

“That’s my boy,” a new kid called Dominic had said.

I called him new because I had never seen him before. He must have been a fresh arrival, one that I had not taken any notice of before, before my new Spartan-self had raised itself from servitude.

“That’s how to do it. That’ll show the bastards.”

He was small, he was dark, and he swore really well. I liked him immediately and was scared.

“Welcome to Sandham, the home of those who need it.”

That was when the school fell silent.